All matter particles have a corresponding antimatter particle, which shares most of the same properties but is a mirror image of the particle and has the opposite charge. Decades ago, scientists determined that when regular-matter particles pass through a pair of parallel slits, they create an interference pattern as if they were waves. The new experiment from researchers in Italy and Switzerland unsurprisingly affirms that antimatter behaves the same way—but conducting the research required overcoming some difficulties. 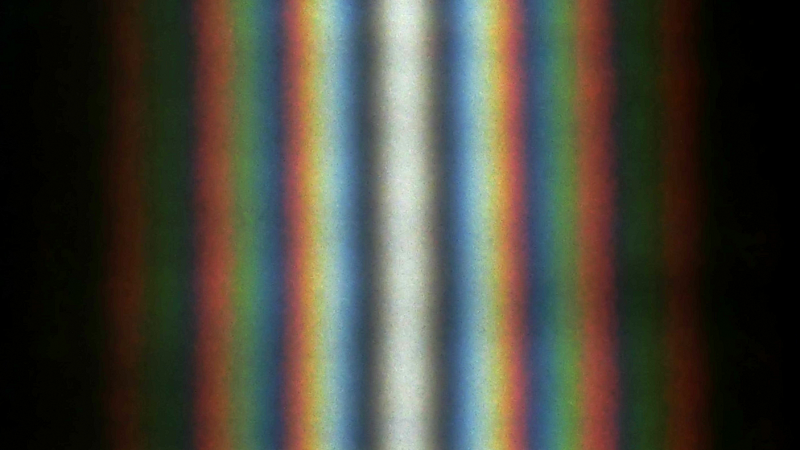 The double-slit experiment serves as a foundation for our understanding of matter. Light, when passed through a pair of parallel slits onto a photosensitive detector, reveals a pattern of bright and dark spots. This proves that light travels as a wave; it splits upon hitting the slits, and the waves either cancel each other out or magnify the strength of the signal, creating the pattern. Surprisingly, beams of matter particles like electrons will also form this diffraction pattern, even if you send the electrons one at a time. This demonstrates the probabilistic, dual wave-particle behavior of matter and light that is the foundation of quantum mechanics.

Physicists have already performed diffraction experiments on antimatter that demonstrate its dual wave-particle nature, but this is the first demonstration of a double-slit analog in antimatter, according to the paper published in Science Advances.

Antimatter is rarer than matter, but it exists here on Earth most commonly in the form of positrons, or anti-electrons, produced by certain kinds of radioactive decay. The Laboratory for Nanostructure Epitaxy and Spintronics on Silicon (L-NESS) facility in Italy produces a focused beam of approximately 5,000 positrons per second. The scientists shined the beam through two gold-coated silicon nitride gratings, each with a different distance between the grates. The beam then hit a detector, a 50-micrometer-thick gelatin full of silver bromide crystals, which served as a three-dimensional photographic film.

This is only a first step for the QUPLAS (QUantum interferometry with Positrons and LASers) program, which is devoted to performing these interference pattern-based studies on antimatter. They next plan to perform studies on other antimatter particles, like positronium (positrons bound to electrons in an exotic atom) and antihydrogen (an antiproton orbited by a positron). Eventually, they hope to use antimatter to make measurements of Earth’s gravitational field, and to see if other laws of physics hold up when tested on antimatter instead of the regular matter we know and love.