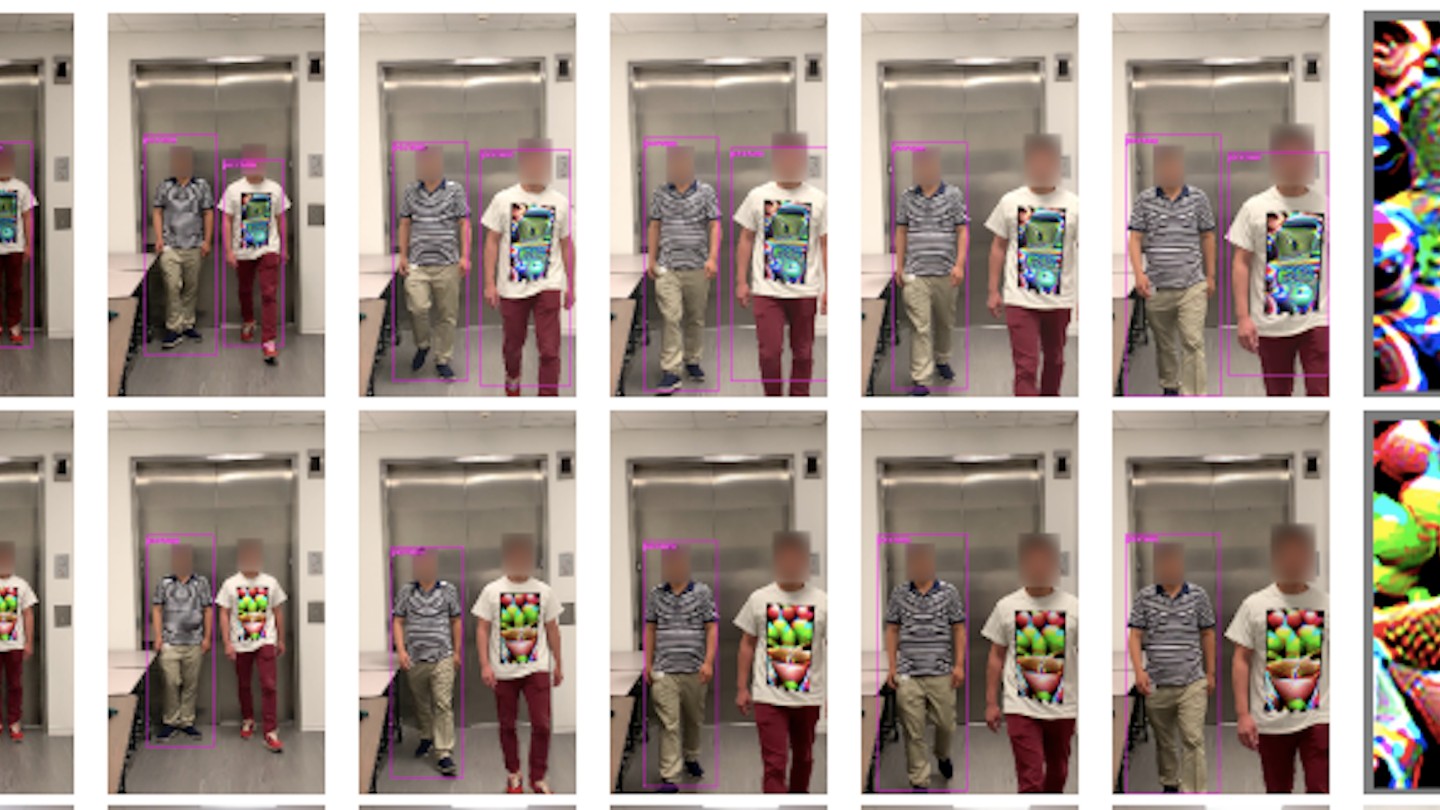 In modern cities, we’re constantly surveilled through CCTV cameras in both public and private spaces, and by companies trying to sell us shit based on everything we do. We are always being watched.

But what if a simple T-shirt could make you invisible to commercial AIs trying to spot humans?

A team of researchers from Northeastern University, IBM, and MIT developed a T-shirt design that hides the wearer from image recognition systems by confusing the algorithms trying to spot people into thinking they’re invisible.

A T-shirt is a low-barrier way to move around the world unnoticed by AI watchers. Previously, researchers have tried to create adversarial fashion using patches attached to stiff cardboard, so that the design doesn’t distort on soft fabric while the wearer moves. If the design is warped or part of it isn’t visible, it becomes ineffective.

No one’s going to start carrying cardboard patches around, and most of us probably won’t put Juggalo paint on our faces (at least not until everyone’s doing it), so the researchers came up with an approach to account for the ways that moving cloth distorts an image when generating an adversarial design to print on a shirt. As a result, the new shirt allows the wearer to move naturally while (mostly) hiding the person.

It would be easy to dismiss this sort of thing as too far-fetched to become reality. But as more cities around the country push back against facial recognition in their communities, it’s not hard to imagine some kind of hypebeast Supreme x MIT collab featuring adversarial tees to fool people-detectors in the future. Security professional Kate Rose’s shirts that fool Automatic License Plate Readers, for example, are for sale and walking amongst us already.

Source: This Trippy T-Shirt Makes You Invisible to AI – VICE