Imagine if you, me and a dozen other people were standing in a room staring at the same screen—but the screen showed something different to each of us, simultaneously.

A California-based tech company called Misapplied Sciences has made this possible. They’ve developed a “parallel reality” display “enabled by a new pixel that has unprecedented capabilities,” they write. “These pixels can simultaneously project up to millions of light rays of different colors and brightness. Each ray can then be software-directed to a specific person.”

They’ve partnered with Delta Airlines, who will be installing a parallel reality display at Detroit Metropolitan Airport this month. Customers who opt in to using it, either by scanning their boarding pass or by enrolling in Delta’s app-based facial recognition program (no thanks!) will look at the screen and see only the flight and baggage claim information relevant to their trip. A person standing five feet away will see nothing but their own information. 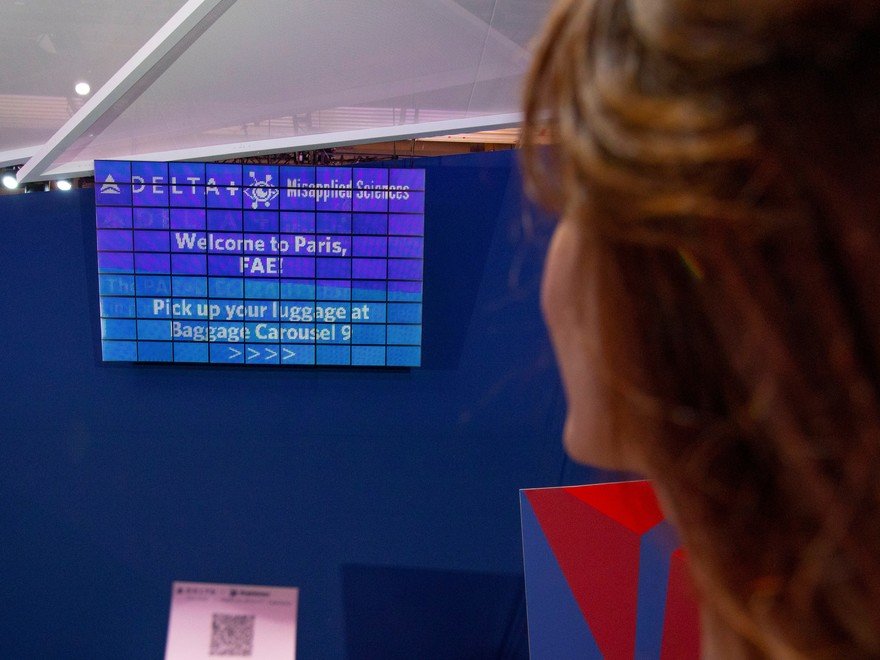 Up to 100 viewers can be accommodated by the single screen. Delta refers to the technology as “mind-bending” and states that the display will be in Concourse A of the McNamara Terminal starting on June 29th.