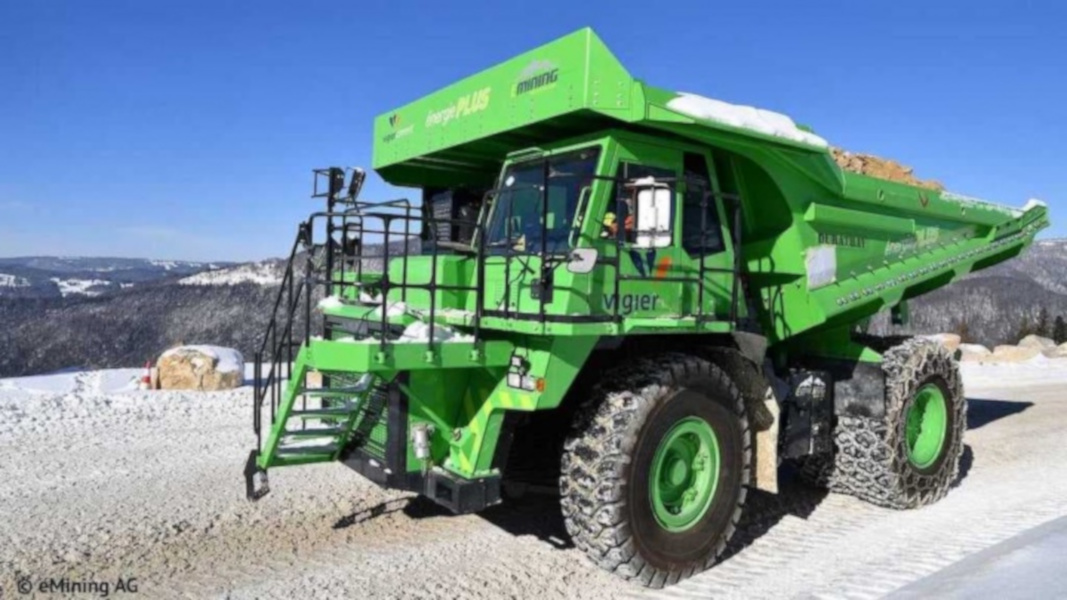 Electric vehicles are everywhere now. It’s more than just Leafs, Teslas, and a wide variety of electric bikes. It’s also trains, busses, and in this case, gigantic dump trucks. This truck in particular is being put to work at a mine in Switzerland, and as a consequence of having an electric drivetrain is actually able to produce more power than it consumes. (Google Translate from Portugese)

This isn’t some impossible perpetual motion machine, either. The dump truck drives up a mountain with no load, and carries double the weight back down the mountain after getting loaded up with lime and marl to deliver to a cement plant. Since electric vehicles can recover energy through regenerative braking, rather than wasting that energy as heat in a traditional braking system, the extra weight on the way down actually delivers more energy to the batteries than the truck used on the way up the mountain.

The article claims that this is the largest electric vehicle in the world at 110 tons, and although we were not able to find anything larger except the occasional electric train, this is still an impressive feat of engineering that shows that electric vehicles have a lot more utility than novelties or simple passenger vehicles.