Nissan has found a second-life for old LEAF batteries inside mobile machines that help workers at Nissan factories worldwide. The old batteries are being used in automated guided vehicles or AGVs used for various tasks inside the manufacturing facilities, including delivering parts to workers on the assembly line.

AGVs are used as robotic mail carriers operating on magnetic tracks taking mail and parts exactly where they’re needed on the assembly line. The idea is to use the AGV to deliver parts so the worker doesn’t waste time searching for a component and can stay focused on installing parts. Nissan and other automotive manufacturers have found that AGVs are indispensable when it comes to saving time and increasing productivity on the assembly line.

Nissan currently operates more than 4000 AGVs around the world at its various manufacturing facilities. The factories have a system that includes 30-second automatic quick charging to keep battery packs on the electric vehicles topped off and working correctly. AGVs also have sensors that keep them operating on a set route and allow them to stop when needed. They also have wireless communications capabilities that enable them to communicate with each other to avoid collisions. 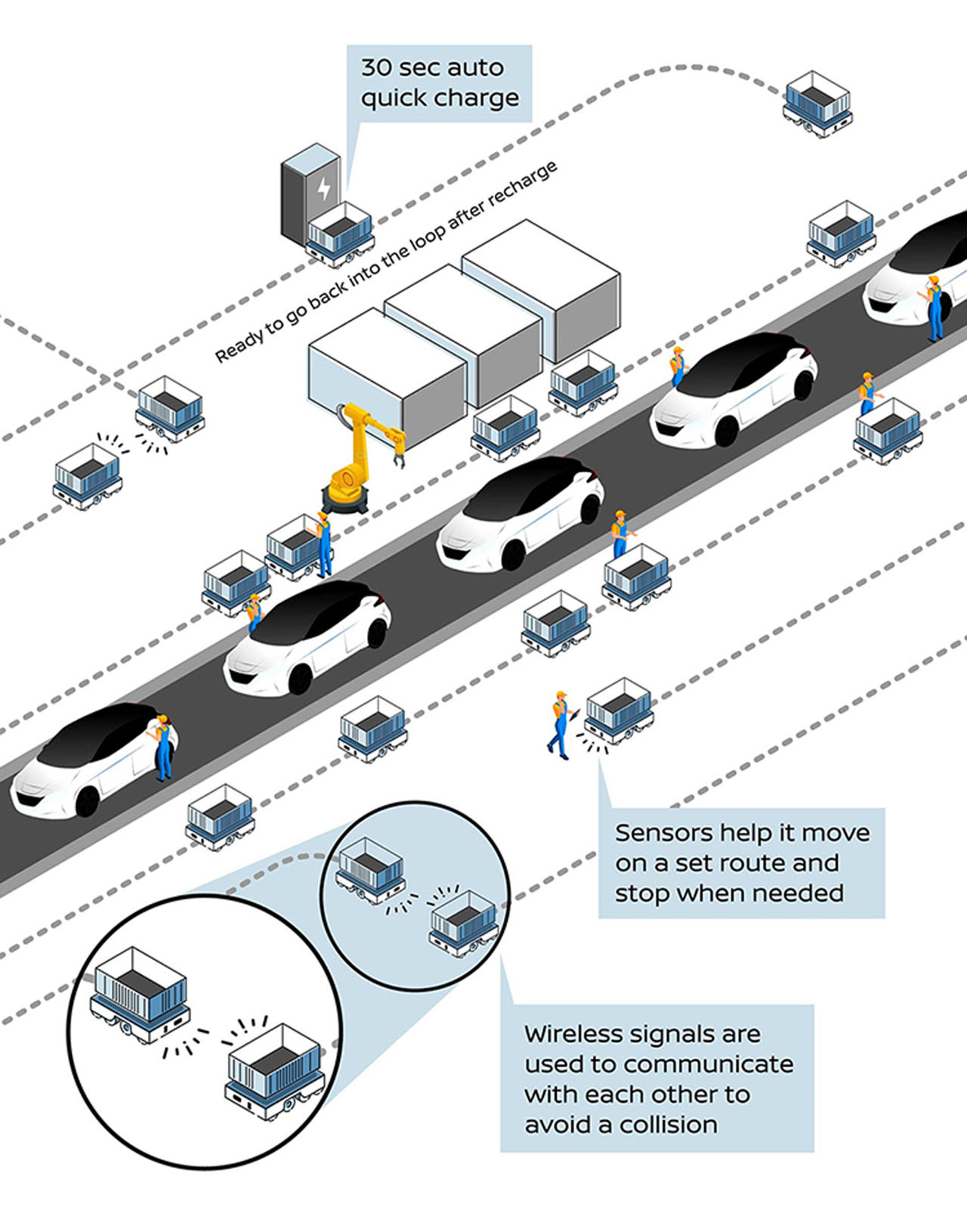 Nissan says that it has been exploring ways to reuse old LEAF batteries since 2010. The first-generation LEAF used a 24-kilowatt hour battery pack made by combining 48 modules. Nissan said eight years ago, its engineers discovered a way to take three of those modules and repackage them to fit inside the AGV. Last year, the engineers began to repurpose used battery modules instead of using new ones to power the AGVs. The team also found the repurposed LEAF batteries last a lot longer thanks to their lithium-ion design compared to the lead-acid batteries used previously.