Out of thousands of smartphone vendors, TCL’s BlackBerry Mobile unit represents one of a tiny handful targeting enterprise users. But its two QWERTY models to date have been priced at a premium, north of £500. Unveiled at IFA this week, budget model the KEY2 LE cuts costs in a bid to attract the corporate bulk buyers.

The formula is straightforward. Take a midrange processor for endurance then beef this up with a hefty battery. While the KEY2 had a generous 6GB of RAM, the LE has a perfectly adequate 4GB. Savings have also been made by using a polycarbonate frame, a non-touch physical keyboard, a slower Snapdragon 636 (rather than 660) processor, and slightly cheaper camera sensors (13MP+5MP main).

The dimpled, grippy rubber-like material on the back feels fine, just not as plush as the KEY2. And somewhat disappointingly the power pack has been downgraded to 3,000mAh. That promises better-than-average endurance, into a second day for most, but not the extraordinary durability of the KEY2’s 3,500mAh, which makes it a must for long days of travel or shows like IFA. 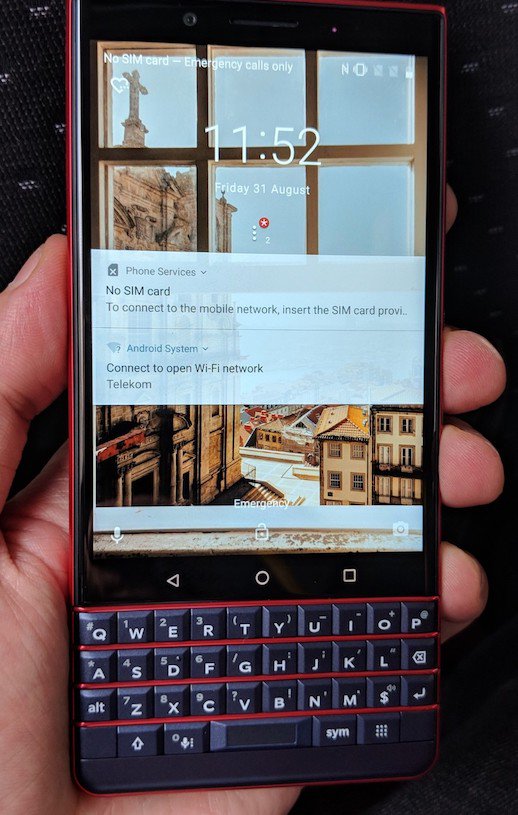 To the naked eye it’s the same, very sharp 4.5-inch display. Oldies will find using a larger-than-default font is a must. I had a little go on the “Atomic”, red-tinted LE, which is clearly trying to strive after the shock and awe of the red and white BlackBerry Passport as one of the most striking phones ever made. I’m not sure it altogether works, as the rear material has a blueish tint.

Clearly TCL isn’t competing on specs. A full-touch device similarly kitted out would be around, or even under, £200 in 2018. The LE starts at £379 for the 4GB/32GB version. But you’re really buying it for the convenience keys and thoughtful suite of office tools and utilities. I can think of nothing as convenient as the “Productivity Bar” for checking incoming messages and appointments. And the paranoid will welcome a locked area for photos, files, apps and documents.

Source: BlackBerry KEY2 LE: Cheaper QWERTY, but not for what’s inside • The Register

It would be great if this had the specs to match – all for this one!