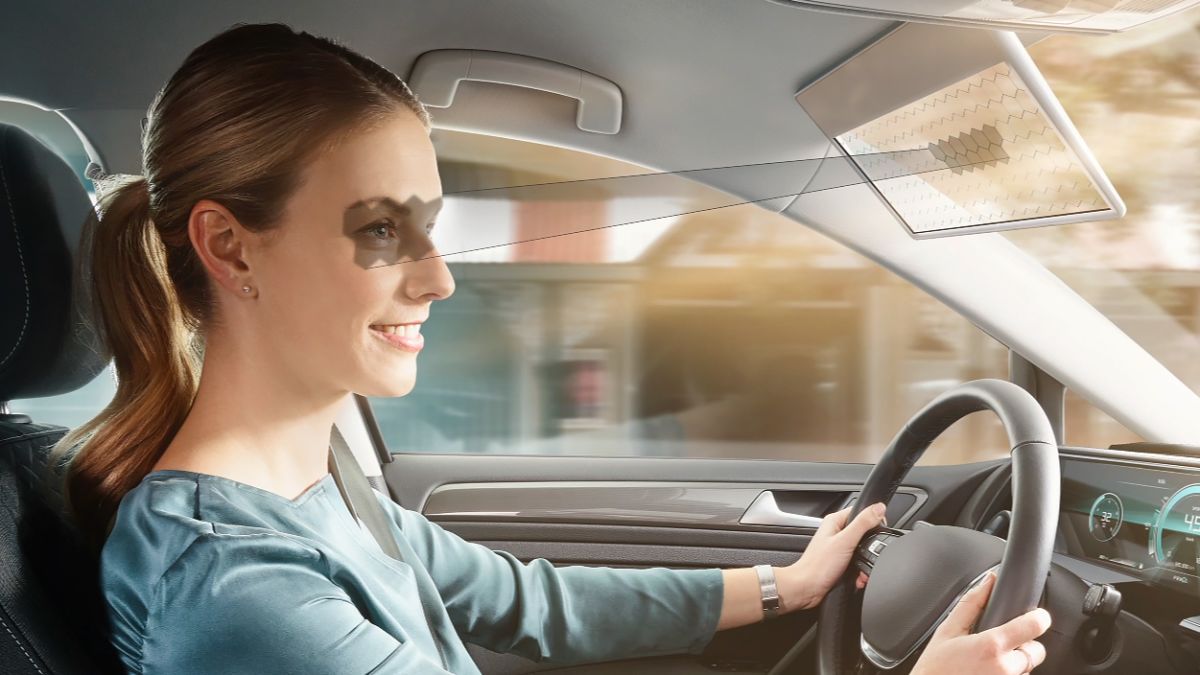 Instead of a rigid panel wrapped in fabric, Bosch’s Virtual Visor features an LCD panel that can be flipped down when the sun is hanging out on the horizon. The panel works alongside a camera that’s pointed at a driver’s face whose live video feed is processed using a custom trained AI to recognize facial features like the nose, mouth, and, most importantly, the eyes. The camera system should recognize shadows cast on the driver’s eyes, and it uses this ability to darken only the areas on the LCD visor where intense sunlight would be passing through and impairing a driver’s vision. The region of the visor that’s darkened is constantly changing based on both the vehicle and driver’s movements, but the rest should remain transparent to provide a less obstructed view of the road and other vehicles ahead.

The Virtual Visor actually started life as a side project for three of Bosch’s powertrain engineers who developed it in their free time and harvested the parts they needed from a discarded computer monitor. As to when the feature will start showing up as an option in new cars remains to be seen—if ever. If you’ve ever dropped your phone or poked at a screen too hard you’ve already aware of how fragile LCD panels can be, so there will need to be lots of in-vehicle testing before this ever goes mainstream. But it’s a clever innovation using technology that at this point is relatively cheap and readily available, so hopefully this is an upgrade that’s not too far away.

Source: Bosch’s LCD Car Visor Only Blocks Your View of the Road Where the Sun Is In Your Eyes