Canon’s G7 X line has long been a favorite of photographers who wanted a travel-friendly camera that could still capture high-quality images. But with the rise of smartphones and the decline of point-and-shoots, Canon began pushing its compact cameras towards vloggers, who I’ve seen use cameras like the G7 X and Sony’s RX100 line as a backup or more portable alternative to a big mirrorless or DSLR cam. After all, when you’re attaching a camera to a gimbal or the end of a GorillaPod, every extra bit of lightness make a camera easier to handle.

So for the new G7 X III, it seems the influencers have influenced Canon because one of the camera’s new standout features is the ability to record vertical videos without rotating the footage in post natively. Using a new built-in gyro, the G7 X III can determine the camera’s orientation and then embed that info into a clip’s metadata, which means filming vertical videos for your Instagram stories on the G7 X III is as simple as turning the camera sideways. 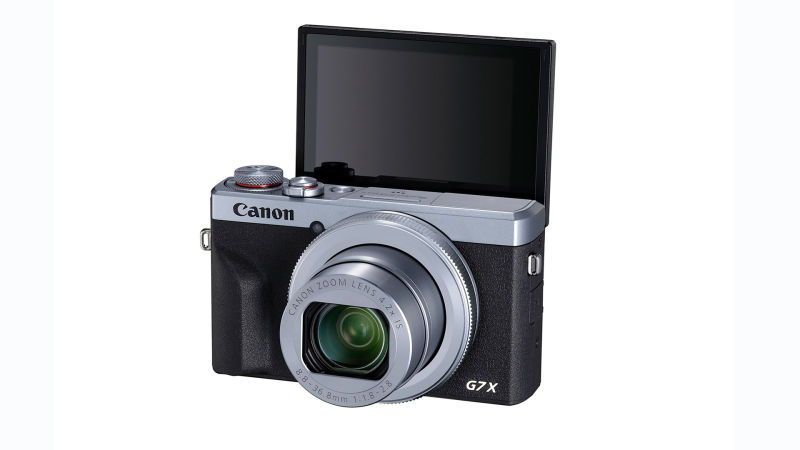 And if that’s enough not to excite attendees of VidCon 2019—the vlogger convention where the $750 G7 X is making its official debut—Canon also gave the camera the ability to livestream video directly to YouTube over wifi via the company’s Image Gateway software. The G7 X III also comes with a built-in microphone jack for vloggers who aren’t satisfied with the camera’s on-board audio, and a 3-inch touchscreen that can flip up 180-degree so that vloggers can check their composition while they’re filming themselves.

Source: Canon Stabs Tradition in the Back With Camera That Supports Vertical Video