Nokia T10 tablet has been officially launched by the company via a press release. It is the second tablet by Nokia’s new home, HMD Global, on the market. The device is being touted as a sturdy and portable Android slate with multiple years of software upgrades. The Nokia T10 has arrived as a mid-range Android tablet for global markets. 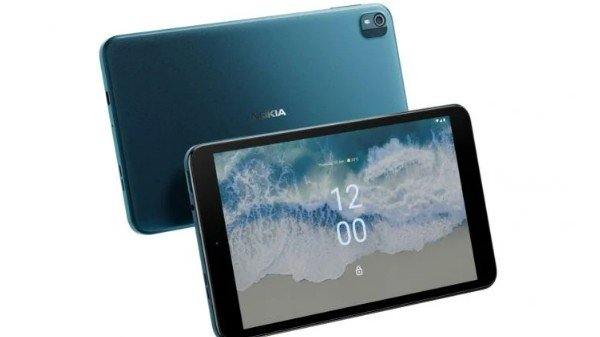 Specifications, Features
The Nokia T10 tablet comes with an 8-inch HD display. The slate boots Android 12 out-of-the-box. It will be getting two years of major Android OS updates and at least three years of monthly security updates for Android. The slate is powered by the Unisoc T606 processor, which is accompanied by up to 4GB of RAM and 64GB of internal storage. There also are dual stereo speakers with OZO playback to provide an immersive media experience.
[…]
The device has an 8MP primary shooter and a 2MP selfie camera, which supports face unlock functionality. In the connectivity department, the Nokia T10 comes with 4G LTE, dual-band Wi-Fi, Bluetooth, GPS with GLONASS, and a built-in FM radio receiver.
Lastly, the slate is fuelled by a beefy 5,250 mAh battery, which supports 10W charging technology. Nokia T10
Price, Availability The Nokia T10 Android tablet’s base variant will be available from $159