The basic principle behind this attack is that sound waves introduce mechanical vibrations into an HDD’s data-storage platters. If the sound is played at a specific frequency, it creates a resonance effect that amplifies the vibration effect.Because hard drives store vasts amounts of information inside small areas of each platter, they are programmed to stop all read/write operations during the time a platter vibrates so to avoid scratching storage disks and permanently damaging an HDD. 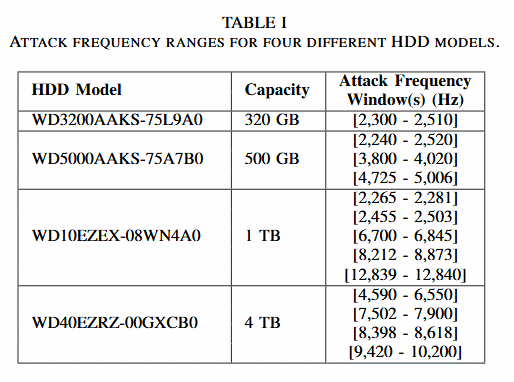