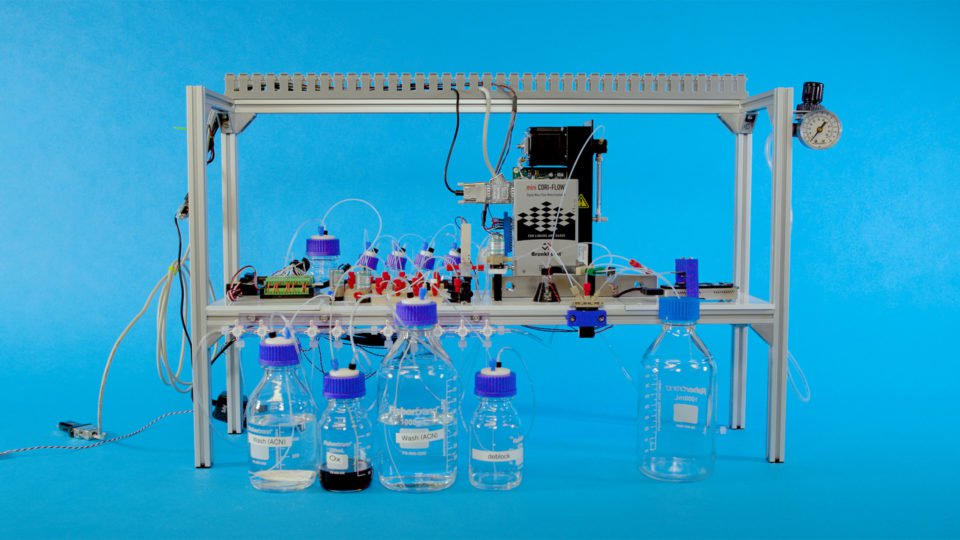 Microsoft has helped build the first device that automatically encodes digital information into DNA and back to bits again.

DNA storage: Microsoft has been working toward a photocopier-size device that would replace data centers by storing files, movies, and documents in DNA strands, which can pack in information at mind-boggling density.

According to Microsoft, all the information stored in a warehouse-size data center would fit into a set of Yahztee dice, were it written in DNA.

Demo device: So far, DNA data storage has been carried out by hand in the lab. But now researchers at the University of Washington who are working with the software giant say they created a machine that converts electronic bits to DNA and back without a person involved.

The gadget, made from about $10,000 in parts, uses glass bottles of chemicals to build DNA strands, and a tiny sequencing machine from Oxford Nanopore to read them out again.

Still limited: According to a publication on March 21 in the journal Nature Scientific Reports, the team was able to store and retrieve just a single word—“hello”—or five bytes of data. What’s more, the process took 21 hours, mostly because of the slow chemical reactions involved in writing DNA.

While the team considered that a success for their prototype, a commercially useful DNA storage system would have to store data millions of times faster.

Why now? It’s a good time for companies involved in DNA storage to show off their stuff. The National Intelligence Agency’s IARPA program is getting ready to hand out tens of millions toward radical new molecular information storage schemes.