In the past 11 days, both Crucial and Western Digital have been caught swapping the TLC NAND used for certain products with inferior QLC NAND without updating product SKUs or informing reviewers that this change was happening. Shipping one product to reviewers and a different product to consumers is unacceptable and we recently recommended that readers buy SSDs from Samsung or Intel in lieu of WD or Crucial.

As of today, we have to take Samsung off that list. One difference in this situation is that Samsung isn’t swapping TLC for QLC — it’s swapping the drive controller + TLC for a different, inferior drive controller and different TLC. The net effect is still a steep performance decline in certain tests. We’ve asked Intel to specifically confirm it does not engage in this kind of consumer-hostile behavior and will report back if it does.

The other beats of this story are familiar. Computerbase.de reports on a YouTube Channel, 潮玩客, which compared two different versions of the Samsung 970 Plus. Both drives are labeled with the same sticker declaring them to be a 970EVO Plus, but the part numbers are different. One drive is labeled the MZVLB1T0HBLR (older, good) and one is the MZVL21T0HBLU (newer, inferior). 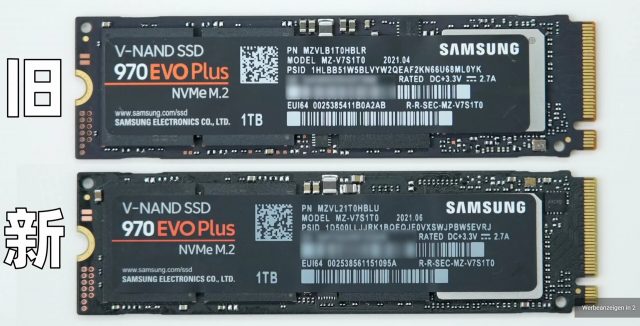 Peel the sticker back, and the chips underneath are rather different. The Phoenix drive (top) is older than the Elpis drive on the bottom. Production dates for drives point to April for the older product and June for the newer. A previous version of this post misstated the dating, ET regrets the error. Thanks to Eldakka for catching it. 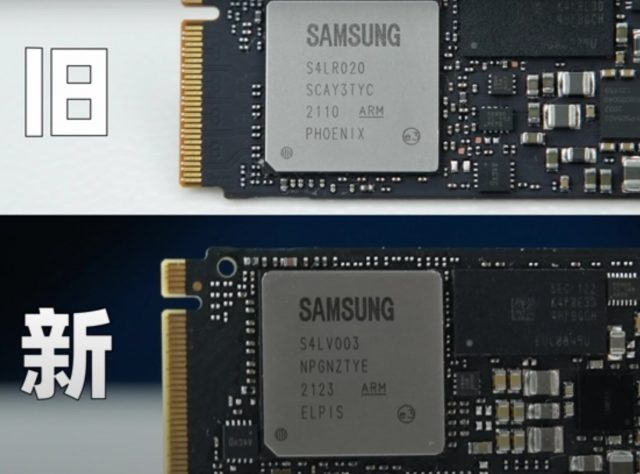 And — just as we’ve seen from Crucial and Western Digital — performance in some benchmarks after the swap is just fine, while other benchmarks crater. Here’s what write performance looks like when measured over much of the drive(s): 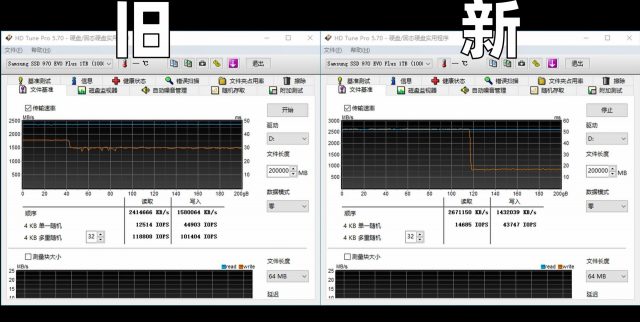 The original 970 Plus starts with solid performance and holds it for the entire 200GB test. The right-hand SSD is even faster than the OG 970 Plus until we hit the 120GB mark, at which point performance drops to 50 percent of what it was. Real-world file copies also bear this out, with one drive holding 1.58GB/s and one at 830MB/s. TLC hasn’t been swapped for QLC, but the 50 percent performance hit in some tests is as bad as what we see when it has been.

The only thing worse than discovering a vendor is cheating people is discovering that lots of vendors have apparently decided to cheat people. I don’t know what kind of substances got passed around the last time NAND manufacturers threw themselves a summit, but next time there needs to be more ethics and less marijuana. Or maybe there needs to be more ethics and marijuana, but less toluene. I’m open to suggestions, really.