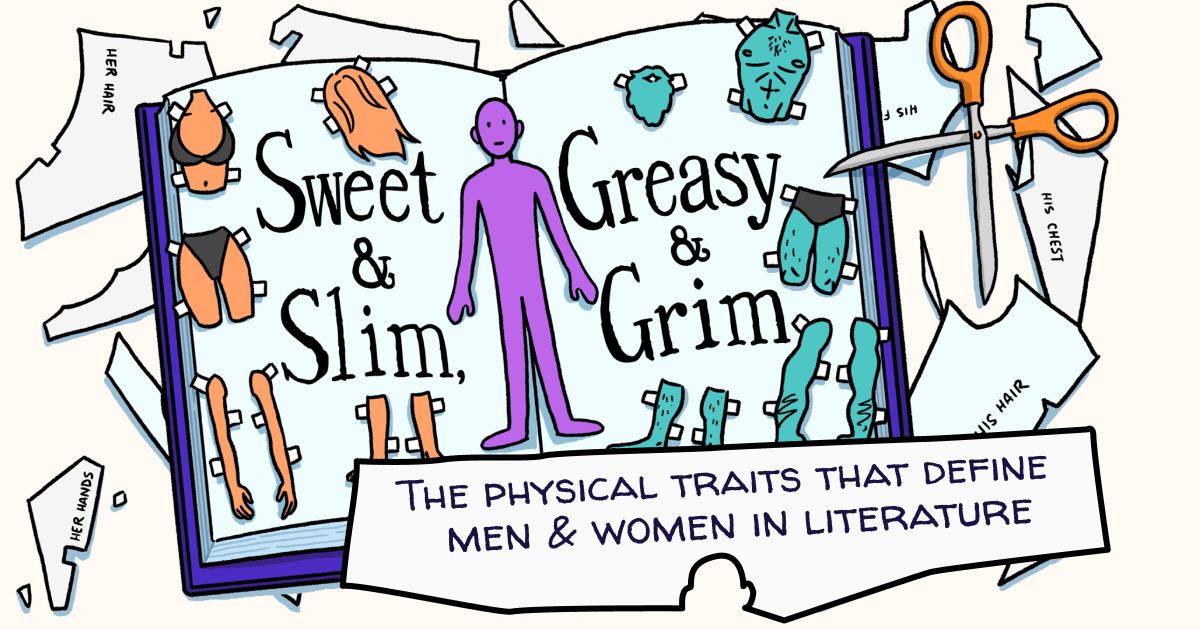 After slogging through that book, I began paying attention to similarly stereotyped descriptions of bodies in other books. Women are all soft thighs and red lips. Men, strong muscles and rough hands.

I was frustrated by this lazy writing. I want to read books that explore the full humanity of their characters, not stories that reduce both men and women to weak stereotypes of their gender.

Before getting too upset, I wanted to see if this approach to writing was as widespread as it seemed, or if I was succumbing to selective reading. Do authors really mention particular body parts

more for men than for women? Are women’s bodies described using different adjectives than those attributed to men?

It’s easy to dismiss or overlook the differences in the way men’s and women’s bodies are depicted because they can be subtle and hard to discern in one particular book—one or two extra mentions of “his bushy hair” may not register over 300 pages.

But when you zoom out and look at thousands of books, the patterns are clear.

In real life, women are obviously more dimensional than soft, sexual objects. Men are more complex than muscular lunkheads. We should expect that same nuance of the characters in the books we read.

Instead of focusing on her perfect hair and soft hips and wet eyes, tell me about her strong legs

that carry her through the world, or her capable hands that do her life’s work. Don’t reduce him to his muscular forearms and rough knuckles and chiseled jaw. I want to read about his silly smile for his family or his soft heart for animals.

Source: The Physical Traits that Define Men and Women in Literature