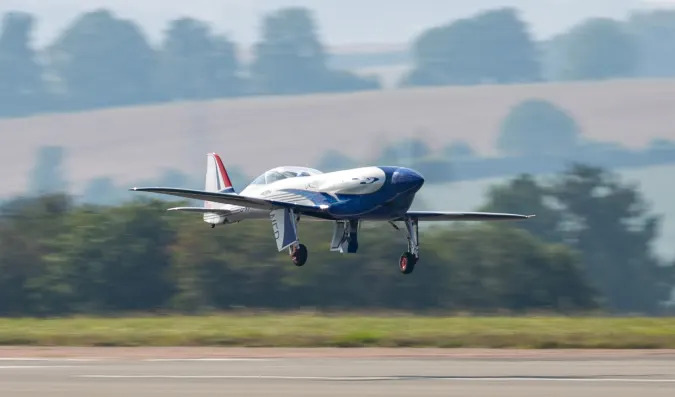 Rolls-Royce, best known in aviation for its jet engines, has taken an all-electric airplane on its maiden voyage. The “Spirit of Innovation” completed a 15 minute flight, marking “the beginning of an intensive flight-testing phase in which we will be collecting valuable performance data on the aircraft’s electrical power and propulsion system,” the company announced.

Rolls Royce said the one-seat airplane has “the most power-dense battery pack every assembled for an aircraft.” The aircraft uses a 6,000 cell battery pack with a three-motor powertrain that currently delivers 400kW (500-plus horsepower), and Rolls-Royce said the aircraft will eventually achieve speeds of over 300 MPH.