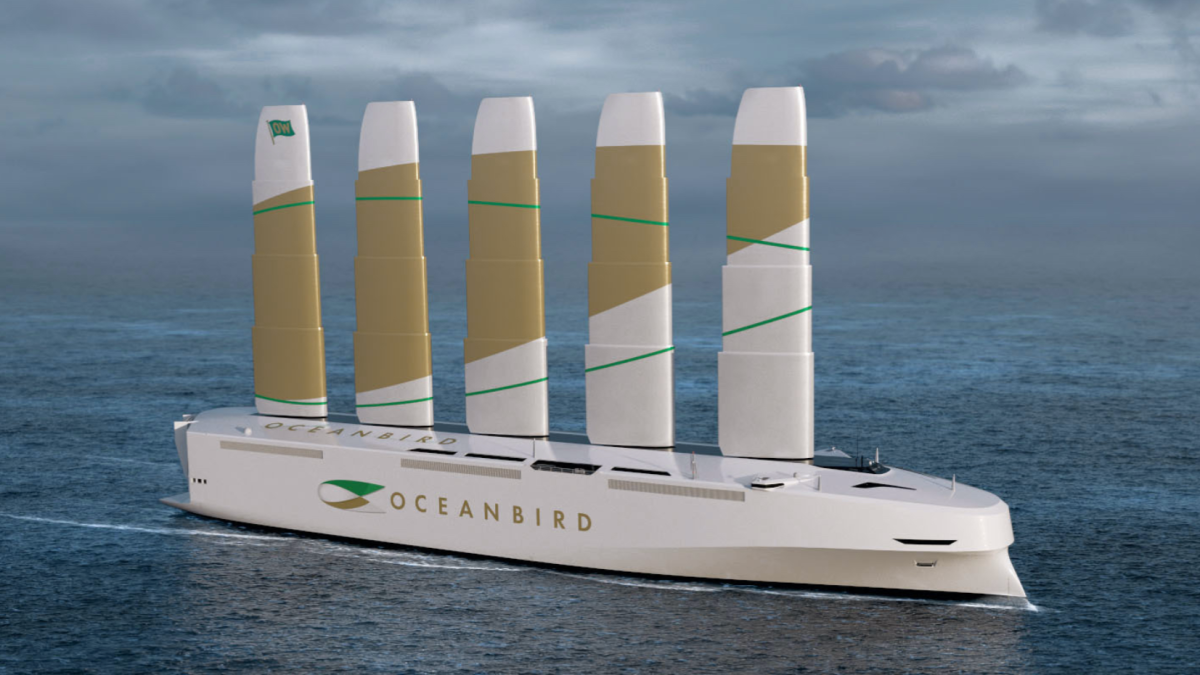 KTH Royal Institute of Technology in Stockholm and the maritime consultancy SSPA partnered with shipbuilders Wallenius Marine in Sweden to design a cargo ship capable of reducing the industry’s huge carbon footprint. Around three percent of today’s carbon dioxide emissions come from the shipping industry, a figure that accounts for the 90,000 ships responsible for 90 percent of all trade on the planet, according to the Financial Times. That much carbon dioxide each year rivals the output of some industrialized nations.

The regulatory body International Maritime Organization has set a goal of cutting emissions by 40 percent over the next decade. That’s going to be a tall order, requiring drastic changes in the industry.

The ship will run on wind, but not by using conventional sails. Instead, the Oceanbird will use five 80-foot-tall wings, similar in shape to airplane wings, for propulsion. Those huge fins will be able to collapse down like a telescope to 45 feet in order to slip under bridges or when encountering rough seas. The plan is for the Oceanbird to be capable of transporting 7,000 cars across the Atlantic in 12 days, a trip that with current internal combustion engines takes seven or eight days. The ship will also be equipped with a small motor, probably electric, for navigating harbors and tricky areas.

Wallenius says the concept starts with cargo shipping but could be used by cruise lines as well. Of course, the Oceanbird concept won’t be ready for launch until probably 2025, according to SSPA. All the cool, world-changing technology seems to always be a few years away, doesn’t it? Still, Wallenius has been in the shipbuilding and logistics business for 30 years, and it has built 70 ships during that time. Maybe this could actually work. We’ve got to try something.