The Air Force Research Laboratory demonstrated a new and ultra-responsive approach to turbine engine development with the initial testing of the Responsive Open Source Engine (ROSE) on Nov. 6, 2019, at Wright-Patterson Air Force Base.

The Aerospace Systems Directorate’s ROSE is the first turbine engine designed, assembled, and tested exclusively in-house. The entire effort, from concept initiation to testing, was executed within 13 months. This program responds to Air Force’s desire for rapid demonstration of new technologies and faster, less expensive prototypes.

“We decided the best way to make a low-cost, expendable engine was to separate the development costs from procurement costs,” said Frank Lieghley, Aerospace Systems Directorate Turbine Engine Division senior aerospace engineer and project manager. He explained that because the design and development were conducted in-house, the Air Force owns the intellectual property behind it. Therefore, once the engine is tested and qualified, the Air Force can forego the typical and often slow development process, instead opening the production opportunity to lower-cost manufacturers better able to economically produce the smaller production runs needed for new Air Force platforms.

The applications for this class of engine are many and varied, but the development and advancement of platforms that could make use of it has typically been stymied because the engines have been too expensive. Through this effort, AFRL hopes to lower the engine cost to roughly one fourth of the cheapest current alternative, an almost unheard-of price for such technology, thus enabling a new class of air vehicles that can capitalize on the less expensive engine.

by working closely with other AFRL organizations, including the Materials and Manufacturing Directorate and the Air Force Institute of Technology, the team leveraged internal expertise that helped advance the project. Additionally, by starting from scratch and performing all the work themselves, the AFRL team developed new tools and models that will be available for use in future iterations and new engine design projects.

“There’s not an Air Force engine fielded today whose technology can’t be traced back to Turbine Engine Division in-house work,” he said. “We’ll eventually hand this off to a manufacturer, but this one is all AFRL on the inside.” 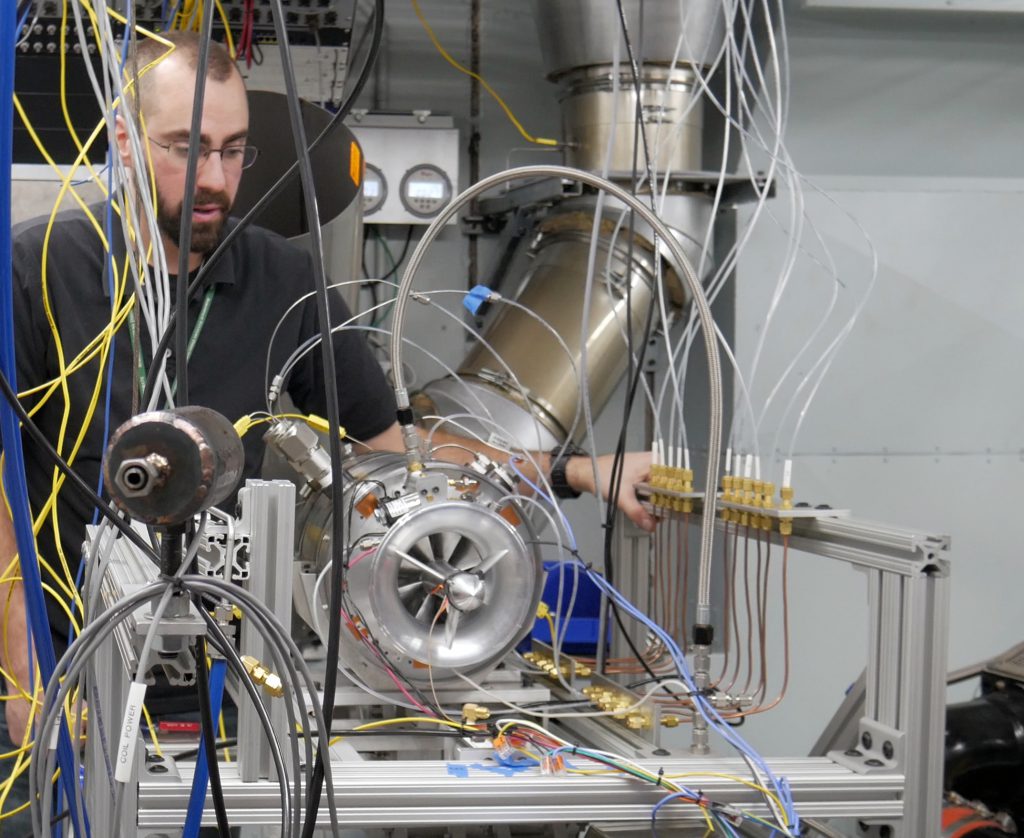