The CETC claims its system is now capable of tracking high altitude objects, likely by increasing the coherence time entangled photons. CETC envisions that its quantum radar will be used in the stratosphere to track objects in “the upper atmosphere and beyond” (including space).

The quantum radar could ‘observe’ on the composition of the target, since in the state of entanglement, the entangled photons remaining in the radar would show the same changes that transmitted photons would have when interacting with the target (known as quantum correlation).

This shift is important to the back and forth of detection that has long been the story of radars vs stealth planes (which are a crucial feature of US air power). Because stealth aircraft are optimized to elude radio waves used by conventional radars, they would be much more susceptible to detection by their interaction with entangled photons. Additionally, the quantum radar could ‘observe’ on the composition of the target. Such a capability is important not just for detecting aircraft, but would also be very valuable in missile defense, where one could differentiate between an actual nuclear warhead against inflatable decoys. 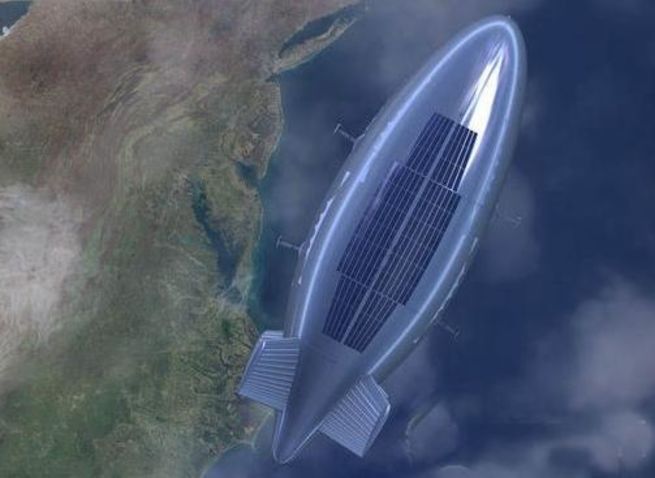 This concept art shows China’s 18,000 cubic meter Yuanmeng airship 20km above the ground (and for some reason, off the coast of the Mid Atlantic U.S.). One of the highest flying airships, the Yuanmeng can provide wide area surveillance and communications capability.

For its near-space platform, the quantum radar will be installed on either a high altitude blimp or a very high altitude UAV. In this role, quantum radar would be a strategic warning system against enemy ballistic missiles and detection system against high-speed aircraft like the SR-72. For space surveillance missions, it could provide high-fidelity details on classified systems such as spy satellites and space planes like the X-37B—possibly including payload details.