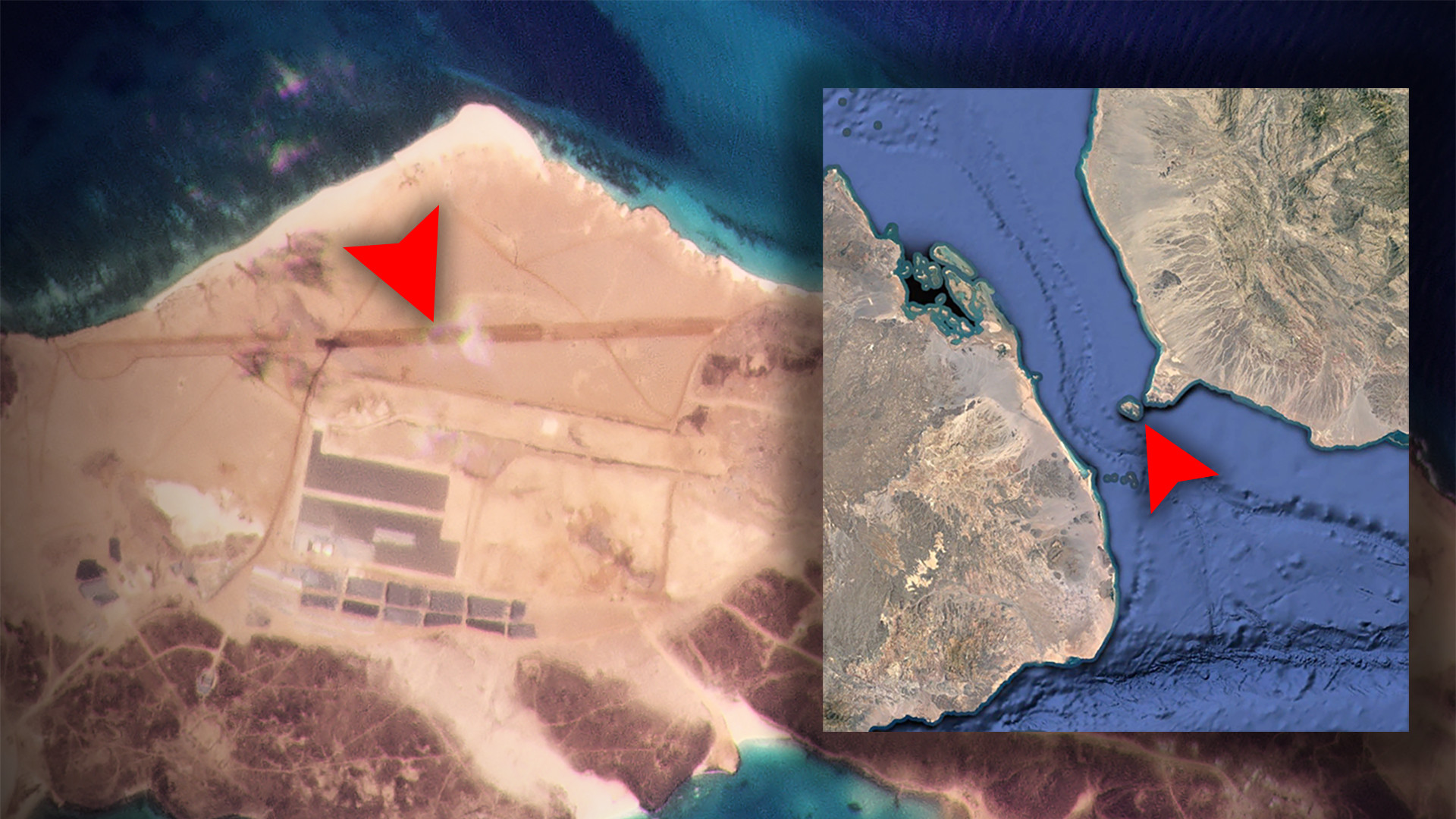 Satellite imagery shows that, earlier this year, construction began on a new, approximately 6,150-foot-long runway on Perim, an island right in the middle of the highly strategic Bab Al Mandeb Strait, which links the Red Sea and the Gulf of Aden. In addition to its location inside this critical maritime junction, which is an important route for both naval and commercial ships, Perim is situated less than five miles off the coast of Yemen, making it a valuable potential staging area for military operations in that country, possibly against Iranian-backed Houthi rebels, as well as elsewhere in the region.

Images from Planet Labs that The War Zone reviewed show that construction of the airstrip, which is around 165 feet wide, on the northwest portion of Perim, also known as Mayyun, only began sometime between Feb. 18 and Feb. 22, 2021. The full outline of the runway, with a turnout at the western end, was visible by March 3.

Available imagery also shows that two new small hangar-like structures appeared on a concrete pad to the south of this runway work sometime after Feb. 24. That paved area is part of an apron left over from a separate, now-dormant project that began in 2016 and that was working toward the establishment of an air base with a nearly 10,000-feet-long runway.

There has been no active work on this larger facility since 2017. It’s not entirely clear what happened, but Perim, a remnant of an ancient volcano, has an unforgiving climate that has frustrated attempts to build military outposts on it for centuries.

As to who is carrying out any of this work and what their ultimate goal is, it’s unclear, but the United Arab Emirates (UAE), as well as Saudi Arabia, are distinct possibilities. There has already been significant discussion about this construction being linked to the UAE. This follows earlier satellite imagery that The Associated Press obtained indicating that the Emiratis had dismantled many, if not all of their facilities at Assab in the East African country of Eritrea on the other side of the Bab Al Mandeb Strait sometime between January and February of this year.

Satellite images provided by @AP confirming the evacuation of the UAE military base in Assab, Eritrea.

The base was established in late 2015 to serve as FOB & a logistical hub for the UAE forces which participate in the Saudi-led coalition military operations in Yemen. pic.twitter.com/RFfP2ZEmP9

The UAE had begun expanding airfield and port facilities in Assab just months after it, as part of a Saudi Arabian-led coalition, had intervened in Yemen to push back Iranian-backed Houthi rebels. That Eritrean base became an important hub for the UAE’s contribution to that campaign, including as a forward base to launch airstrikes against the Houthis and as a point through which to funnel various forces, including Sudanese troops and foreign mercenaries, onto the Arabian Peninsula.

It is certainly possible that some of the UAE forces that had been based at Assab have now moved to Perim. The Intel Lab suggests that the two-new structures could house a small UAE contingent, with at least some of that space serving as a headquarters of some kind. In addition, the runway being built now would definitely be long enough to support tactical airlift aircraft, such as C-130s, as well as the UAE’s Boeing C-17A Globemaster III airlifters, among other types.

Source: Construction Of A Large Runway Suddenly Appears On Highly Strategic Island In The Red Sea

Someone is doing a China!