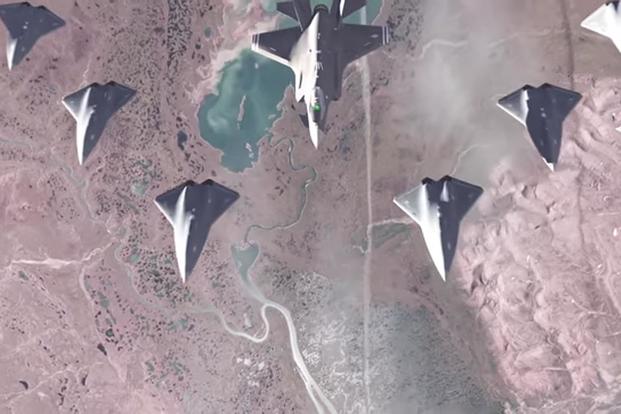 The U.S. Air Force has quietly built and flown a brand-new aircraft prototype that could become its next-generation fighter, the service’s top acquisition official announced Tuesday.

Dr. Will Roper, assistant secretary of the Air Force for acquisition, technology and logistics, revealed during the virtual 2020 Air, Space and Cyber conference that the new aircraft is part of the Next Generation Air Dominance (NGAD) program, which defies the traditional categorization of a single platform, featuring a network of advanced fighter aircraft, sensors and weapons in a growing and unpredictable threat environment.

“NGAD right now is designing, assembling, testing in the digital world — exploring things that would have cost time and money to wait for physical world results,” he said. “NGAD has come so far that the full-scale flight demonstrator has already flown in the physical world.”

During a roundtable with reporters, Roper declined to give specifics on the project, except that the craft was created using digital engineering, which allows the service to bypass the regular manufacturing process for parts and gives developers more flexibility to design and change blueprints. The service announced Monday that any weapon made using digital concepts will have an “e-” prefix in an effort to showcase these innovative processes.

The new aircraft has “broken a lot of records and is showing digital engineering isn’t a fluke,” Roper said. He declined to comment on whether the defense industry has taken part in the endeavor.

While he touted the expedited process of digital methods, “we don’t want our adversaries to know what they are,” Roper added.

The news comes four years after the Air Force laid out initial plans for what its future fighter jets might look like.

Source: The Air Force Has Already Flown a Secret Plane That Could Be Its Next Fighter | Military.com