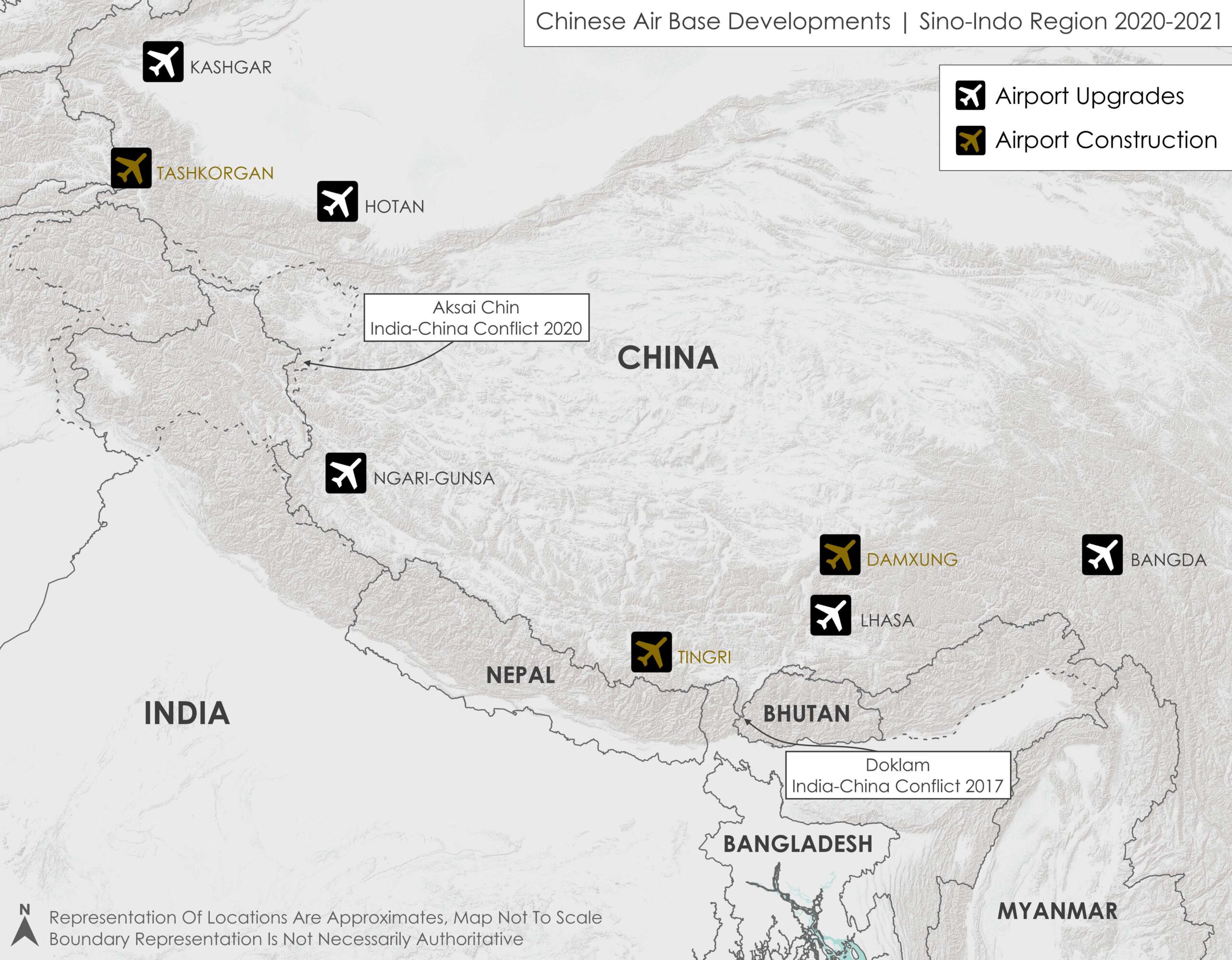 China’s heavy investment in airpower-related facilities in the region is already being leveraged by the Chinese People’s Liberation Army Air Force (PLAAF), as evidenced by an unprecedented level of activity along the Sino-Indian border as of late. This is in addition to massive growth in ground-based air defenses, as well as the construction of new fortifications, heliports, and rail lines into the area. As such, there is more going on here than just some defensive upgrades and the strategic implications are potentially severe.

With that in mind, The War Zone brought in some of the best satellite image analysts we know, virtually a who’s-who of the strongest voices in Twitter’s open-source intelligence community who also specialize in develpments in Asia. We want to actually show you via satellite imagery exactly what we mean when we say China is massively expanding its air combat capability footprint in the far western areas of the country, as well as what it all means.