In total, four flights were conducted at Naval Air Station Patuxent River, with tests starting in September 2019, says manufacturer Boeing on 4 February. The aircraft demonstrated 21 missions during flights that took place toward the end of 2019, says Boeing. The type of missions were not disclosed. 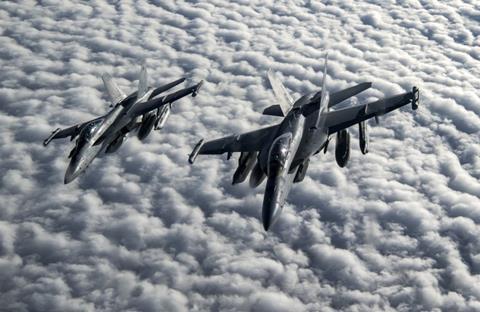 The flights are a forerunner to using the EA-18G as a mission-controlling platform for autonomous Loyal Wingman UAVs. Unmmaned-manned teaming is a new US Department of Defense concept in aerial combat where some work would be offloaded to UAVs, especially dangerous missions.

“This demonstration allows Boeing and the Navy the opportunity to analyse the data collected and decide where to make investments in future technologies,” says Tom Brandt, Boeing manned-unmanned teaming demonstration lead. “It could provide synergy with other US Navy unmanned systems in development across the spectrum and in other services.”

The USN has said previously that it is planning on upgrading some, if not all, of its 160-example Growler fleet to a Block II configuration, which includes an advanced cockpit system, conformal fuel tanks, improved sensors and an upgraded electronic attack package. The upgrades would also include the ability to control Loyal Wingman aircraft, Boeing said. 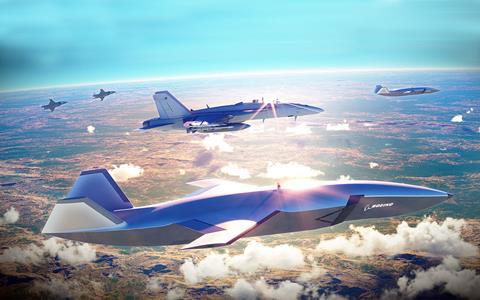 Boeing has not said previously that the Block II upgrade package would include the ability to fly the EA-18G autonomously.

“This technology allows the Navy to extend the reach of sensors while keeping manned aircraft out of harm’s way,” Brandt of Boeing says. “It’s a force multiplier that enables a single aircrew to control multiple aircraft without greatly increasing workload. It has the potential to increase survivability as well as situational awareness.”

”Three Growlers were modified to support an open architecture processor and advanced networking, which allowed for two of the Growlers to be transformed into unmanned air system surrogate aircraft,” the company says. Those two pieces of technology were prototypes that are also planned as part of Boeing’s Block III upgrades for the Super Hornet, the Distributed Targeting Processor-Networked and the Rockwell Collins Tactical Targeting Network Technology radio.