Five minutes away from the town of Tiquina, on the shores of Lake Titicaca, archaeologists found the remains of an ancient civilization under the waters of the lake.

The find was made 10 years ago, by Christophe Delaere, an archaeologist from the Free University of Belgium, by following information provided by the locals. 24 submerged archaeological sites have been identified under the lake, according to the BBC.

The most significant of these sites is at Santiago de Ojjelaya, and the Bolivian government has recently agreed to build a museum there to preserve both the underwater structures and those which are on land. 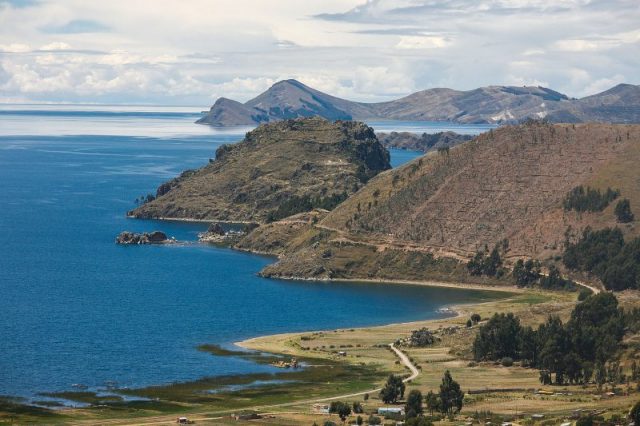 The project is supposed to be finished in 2020 and will cost an estimated $10 million. The Bolivian government is funding the project with help from UNESCO and is backed by the Belgian development cooperation agency.

The proposed building will have two parts and cover an area of about 2.3 acres (9,360 square meters). One part of the museum will be on the shore, and it will display artifacts that have been raised from the lake bottom. The second part will be partially submerged, with enormous glass walls that will look out under the lake, allowing visitors to see the “hidden city” below. 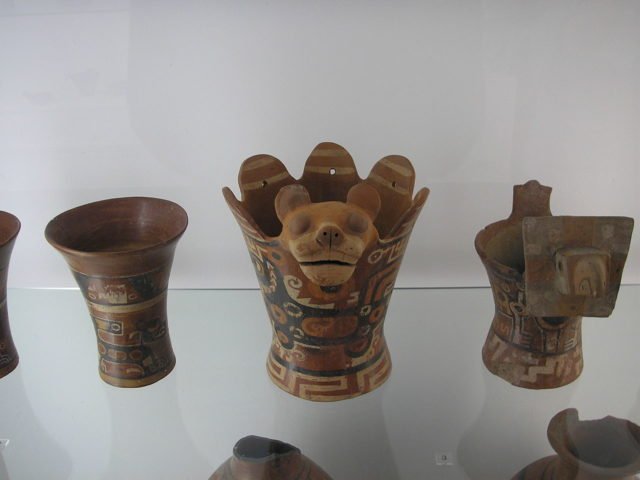 Old pottery from Tiwanaku at the Ethnologisches Museum, Berlin-Dahlem.

According to the Bolivia Travel Channel, the museum will facilitate the beginning of an archaeological tourism enterprise, which “will be a resort and archaeology research center, geology and biology, characteristics that typified it unique in the world [sic],” according to Wilma Alanoca Mamani, holder of the portfolio of the Plurinational State. Christophe Delaere said that the building’s design incorporates elements of architecture used by the Andean cultures who inhabited the area.

Jose Luis Paz, who is the director of heritage for Bolivia’s Ministry of Culture, says that two types of underwater ruins will be visible when the building is complete: religious/spiritual offering sites, primarily underwater, and places where people lived and worked, which were primarily on the shoreline. He went on to say that the spiritual sites were likely flooded much later than the settlements.

A team of archaeological divers and Bolivian and Belgian experts have located thousands of items in the underwater sites. Some of these pieces will be brought up, but the majority will remain underwater as they are quite well-preserved.

Wilma Mamani said that more than 10,000 items have been found including gold and ceramic pieces and various kinds of bowls and other vessels. The items are of pre-Inca Tiwanaku civilizations. Some of the artifacts have been estimated to be 2,000 years old, and others have been dated back to when the Tiwanaku empire was one of the primary Andean civilizations. 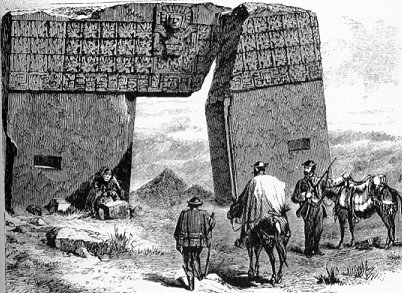 Gateway of the Sun, Tiwanaku, drawn by Ephraim Squier in 1877.

Tiwanaku was a major civilization in Bolivia, with the main city built around 13,000 feet above sea level, near Lake Titicaca, which made it one of the highest urban centers ever built.

The city reached its zenith between 500 AD and 1000 AD, and, at its height, was home to about 10,000 people. It’s unclear exactly when the civilization took hold, but it is known that people started settling around Lake Titicaca about 2,000 BC. 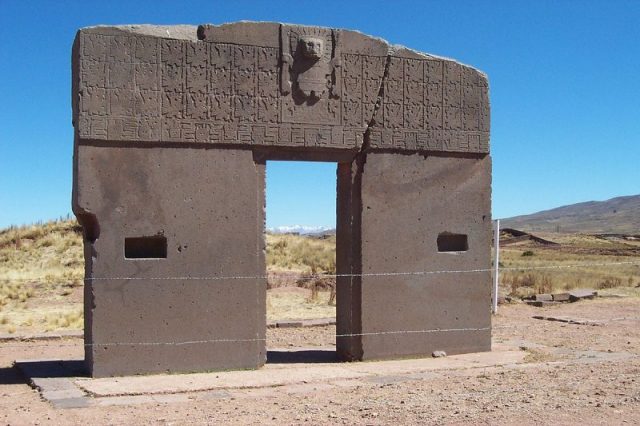 The Gateway of the Sun from the Tiwanaku civilization in Bolivia.

According to Live Science, the city’s ancient name is unknown, since they never developed a written language, but archaeological evidence suggests that Tiwanaku cultural influence reached across the southern Andes, into Argentina, Peru, and Chile, as well as Bolivia.

Tiwanaku began to decline around 1,000 AD, and the city was eventually abandoned. Even when it fell out of use, it stayed an important place in the mythology of the Andean people, who viewed it as a religious site.