New results from the Dark Energy Survey use the largest ever sample of galaxies over an enormous piece of the sky to produce the most precise measurements of the universe’s composition and growth to date. Scientists measured that the way matter is distributed throughout the universe is consistent with predictions in the standard cosmological model, the best current model of the universe.

Over the course of six years, DES surveyed 5,000 square degrees — almost one-eighth of the entire sky — in 758 nights of observation, cataloguing hundreds of millions of objects. The results announced today draw on data from the first three years — 226 million galaxies observed over 345 nights — to create the largest and most precise maps yet of the distribution of galaxies in the universe at relatively recent epochs.

Ordinary matter makes up only about 5% of the universe. Dark energy, which cosmologists hypothesize drives the accelerating expansion of the universe by counteracting the force of gravity, accounts for about 70%. The last 25% is dark matter, whose gravitational influence binds galaxies together. Both dark matter and dark energy remain invisible and mysterious, but DES seeks to illuminate their natures by studying how the competition between them shapes the large-scale structure of the universe over cosmic time.

The Dark Energy Survey is a collaboration of more than 400 scientists from 25 institutions in seven countries. For more information about the survey, please visit the experiment’s website.

Second, DES detected the signature of dark matter through weak gravitational lensing. As light from a distant galaxy travels through space, the gravity of both ordinary and dark matter can bend it, resulting in a distorted image of the galaxy as seen from Earth. By studying how the apparent shapes of distant galaxies are aligned with each other and with the positions of nearby galaxies along the line of sight, DES scientists inferred the spatial distribution (or clumpiness) of the dark matter in the universe.

The recent DES results will be presented in a scientific seminar on May 27. Twenty-nine papers are available on the arXiv online repository. 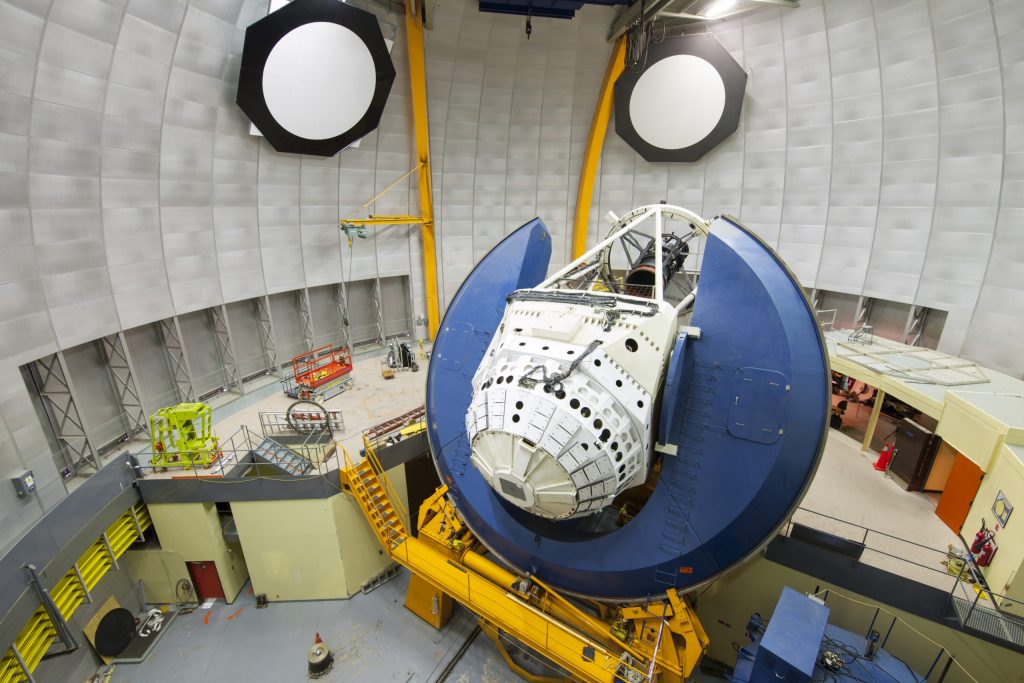