Actually, it’s not “for some reason” that people are confused. There’s a very obvious reason. There is a very well-funded, well-orchestrated climate change-denial movement, one funded by powerful people with very deep pockets. In a new and incredibly thorough study, Drexel University sociologist Robert Brulle took a deep dive into the financial structure of the climate deniers, to see who is holding the purse strings.

According to Brulle’s research, the 91 think tanks and advocacy organizations and trade associations that make up the American climate denial industry pull down just shy of a billion dollars each year, money used to lobby or sway public opinion on climate change and other issues.

“The anti-climate effort has been largely underwritten by conservative billionaires,” says the Guardian, “often working through secretive funding networks. They have displaced corporations as the prime supporters of 91 think tanks, advocacy groups and industry associations which have worked to block action on climate change.” 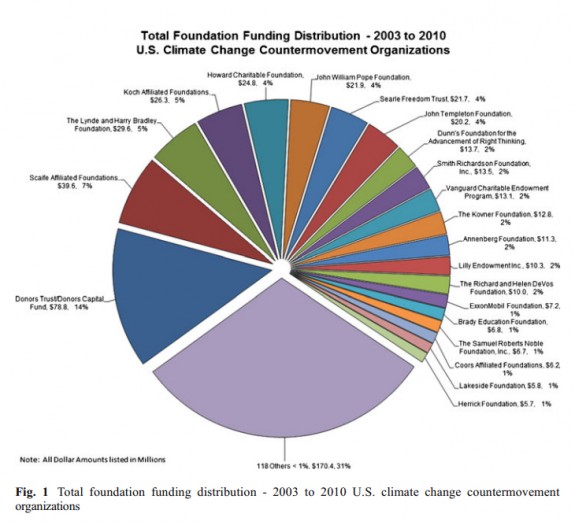