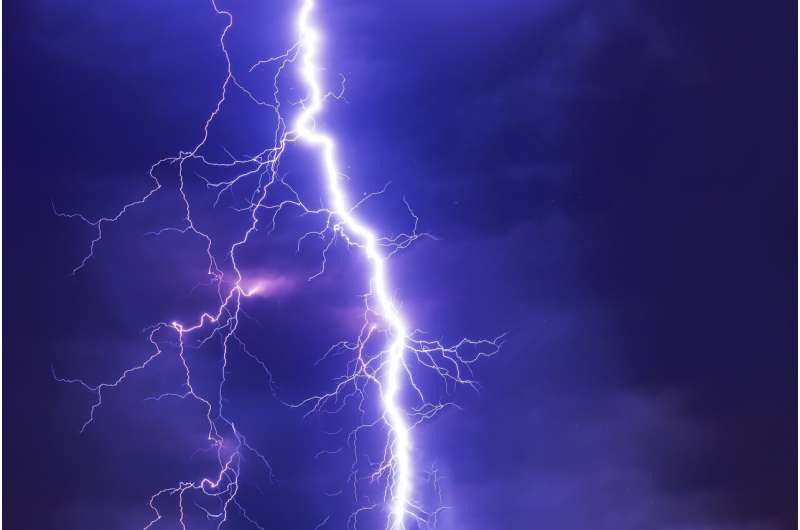 For the past 50 years, scientists around the world have debated why lightning zig-zags and how it is connected to the thunder cloud above.

There hasn’t been a definitive explanation until now, with a University of South Australia plasma physicist publishing a landmark paper that solves both mysteries.

The conducting column connecting the step to the cloud remains dark when electrons attach to neutral oxygen molecules, followed by immediate detachment of the electrons by singlet delta molecules.

he paper, “Toward a theory of stepped leaders in lightning” is published in the Journal of Physics D: Applied Physics. It is authored by Dr. John Lowke and Dr. Endre Szili from the Future Industries Institute at the University of South Australia.