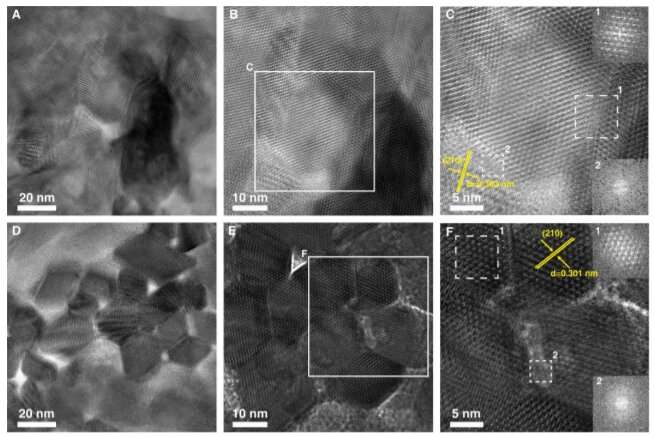 A team of researchers from Beihang University, the Peking University School and Hospital of Stomatology and the Michigan Institute of Translational Nanotechnology has developed a synthetic enamel with properties similar to natural tooth enamel. In their paper published in the journal Science, the group describes their enamel and how well it compared to natural enamel when tested.

Prior research has shown that the reason that human enamel is so strong and yet also slightly elastic is because it consists of tiny rods made of calcium that are packed tightly together like pencils in a box. In their new effort, the researchers attempted to mimic tooth enamel as closely as possible by producing a material using AIP-coated hydroxyapatite nanowires that were aligned in parallel using a freezing technique that involved applying polyvinyl alcohol.

The researchers applied the enamel to a variety of shapes, including human teeth, and then tested how well it performed. They found it had a high degree of stiffness, was strong and was also slightly elastic. They also found that on most of their tests, the synthetic enamel outperformed natural enamel.

The researchers plan to keep testing their material to make sure it will hold up under harsh environments such as those found in the human mouth. They will also have to show that it is safe for use in humans and that it can be mass produced. They note that if their enamel passes all such tests, it could be used in more than just dentistry—they suggest it could be used to coat pacemakers, for example, or to shore up bones that have been damaged or that have eroded due to use or disease.