Using data provided by BinaryEdge, our scans have found 25,617 Linksys Smart Wi-Fi routers are currently leaking sensitive information to the public internet, including:

In some cases additional metadata is logged such as device type, manufacturer, model number, and description – as seen in the example below. 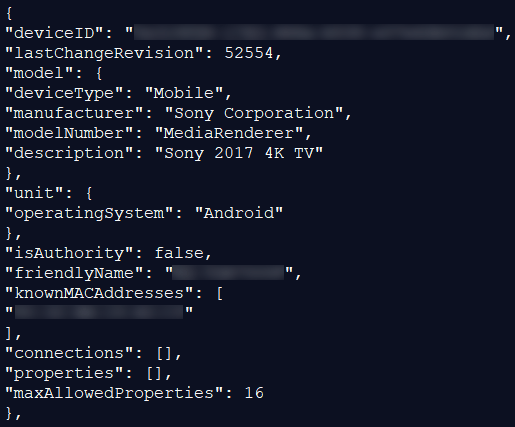 Other sensitive information about the router such as the WAN settings, firewall status, firmware update settings, and DDNS settings are also leaked publicly.