Zoom, the video conferencing service whose use has spiked amid the Covid-19 pandemic, claims to implement end-to-end encryption, widely understood as the most private form of internet communication, protecting conversations from all outside parties. In fact, Zoom is using its own definition of the term, one that lets Zoom itself access unencrypted video and audio from meetings.

With millions of people around the world working from home in order to slow the spread of the coronavirus, business is booming for Zoom, bringing more attention on the company and its privacy practices, including a policy, later updated, that seemed to give the company permission to mine messages and files shared during meetings for the purpose of ad targeting.

Still, Zoom offers reliability, ease of use, and at least one very important security assurance: As long as you make sure everyone in a Zoom meeting connects using “computer audio” instead of calling in on a phone, the meeting is secured with end-to-end encryption, at least according to Zoom’s website, its security white paper, and the user interface within the app. But despite this misleading marketing, the service actually does not support end-to-end encryption for video and audio content, at least as the term is commonly understood. Instead it offers what is usually called transport encryption, explained further below. 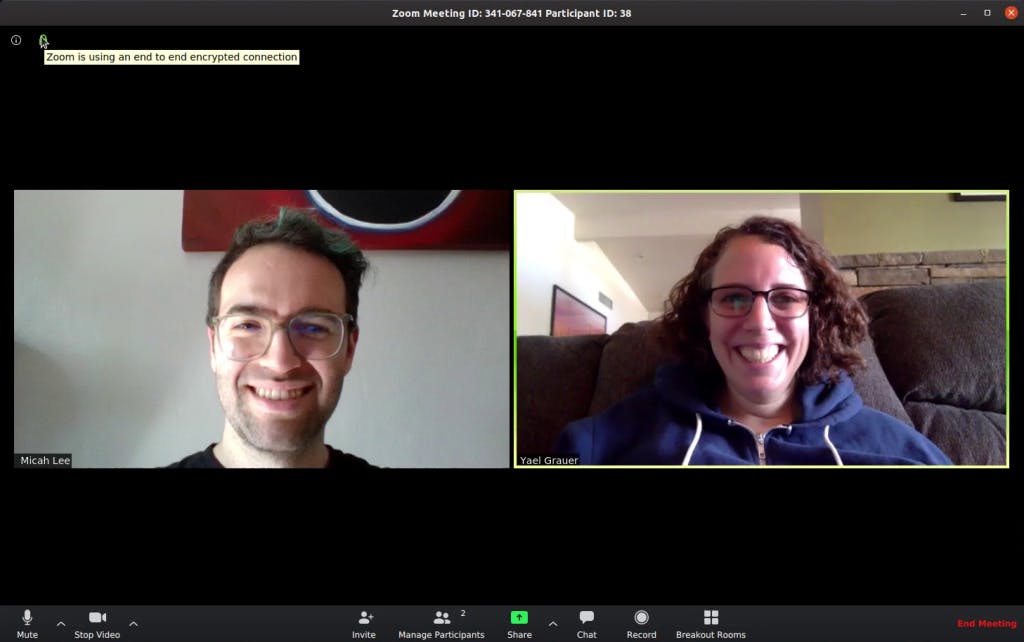 When mousing over the green lock in the top left of the Zoom desktop app, it says, “Zoom is using an end to end encrypted connection”

In Zoom’s white paper, there is a list of “pre-meeting security capabilities” that are available to the meeting host that starts with “Enable an end-to-end (E2E) encrypted meeting.” Later in the white paper, it lists “Secure a meeting with E2E encryption” as an “in-meeting security capability” that’s available to meeting hosts. When a host starts a meeting with the “Require Encryption for 3rd Party Endpoints” setting enabled, participants see a green padlock that says, “Zoom is using an end to end encrypted connection” when they mouse over it.

The encryption that Zoom uses to protect meetings is TLS, the same technology that web servers use to secure HTTPS websites. This means that the connection between the Zoom app running on a user’s computer or phone and Zoom’s server is encrypted in the same way the connection between your web browser and this article (on https://theintercept.com) is encrypted. This is known as transport encryption, which is different from end-to-end encryption because the Zoom service itself can access the unencrypted video and audio content of Zoom meetings. So when you have a Zoom meeting, the video and audio content will stay private from anyone spying on your Wi-Fi, but it won’t stay private from the company. (In a statement, Zoom said it does not directly access, mine, or sell user data; more below.)