To date, the company has launched over 800 satellites and (as of this summer) is producing them at a rate of about 120 a month. There are even plans to have a constellation of 42,000 satellites in orbit before the decade is out.

However, there have been some problems along the way, as well. Aside from the usual concerns about light pollution and radio frequency interference (RFI), there is also the rate of failure these satellites have experienced. Specifically, about 3% of its satellites have proven to be unresponsive and are no longer maneuvering in orbit, which could prove hazardous to other satellites and spacecraft in orbit.

In order to prevent collisions in orbit, SpaceX equips its satellites with krypton Hall-effect thrusters (ion engines) to raise their orbit, maneuver in space and deorbit at the end of their lives. However, according to two recent notices SpaceX issued to the Federal Communications Commission (FCC) over the summer (mid-May and late June), several of their satellites have lost maneuvering capability since they were deployed.

Unfortunately, the company did not provide enough information to indicate which of their satellites were affected. For this reason, astrophysicist Jonathan McDowell of the Harvard-Smithsonian Center for Astrophysics (CfA) and the Chandra X-ray Center presented his own analysis of the satellites’ orbital behavior to suggest which satellites have failed.

The analysis was posted on McDowell’s website (Jonathan’s Space Report), where he combined SpaceX’s own data with U.S. government sources. From this, he determined that about 3% of satellites in the constellation have failed because they are no longer responding to commands. Naturally, some level of attrition is inevitable, and 3% is relatively low as failure rates go.

But every satellite that is incapable of maneuvering due to problems with its communications or its propulsion system creates a collision hazard for other satellites and spacecraft. As McDowell told Business Insider: 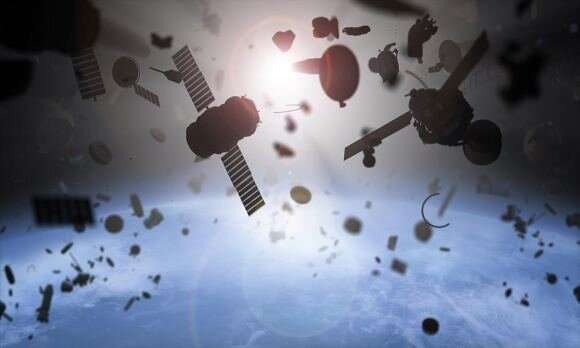 “I would say their failure rate is not egregious. It’s not worse than anybody else’s failure rates. The concern is that even a normal failure rate in such a huge constellation is going to end up with a lot of bad space junk.”

Named after NASA scientists Donald J. Kessler, who first proposed it in 1978, Kessler syndrome refers to the threat posed by collisions in orbit. These lead to catastrophic breakups that create more debris that will lead to further collisions and breakups, and so on. When one takes into account rates of failure and SpaceX’s long-term plans for a “megaconstellation,” this syndrome naturally rears its ugly head.

Not long ago, SpaceX secured permission from the Federal Communications Commission (FCC) to deploy about 12,000 Starlink satellites to orbits ranging from 328 km to 580 km (200 to 360 mi). However, more recent filings with the International Telecommunications Union (ITU) show that the company hopes to create a megaconstellation of as many as 42,000 satellites.

In this case, a 3% failure rate works out to 360 and 1,260 (respectively) 250 kg (550 lbs) satellites becoming defunct over time. As of February of 2020, according to the ESA’s Space Debris Office (SDO), there are currently 5,500 satellites in orbit of Earth—around 2,300 of which are still operational. That means (employing naked math) that a full Starlink megaconstellation would increase the number of non-functioning satellites in orbit by 11% to 40%.

The problem of debris and collisions looks even more threatening when you consider the amount of debris in orbit. Beyond non-functioning satellites, the SDO also estimates that there are currently 34,000 objects in orbit measuring more than 10 cm (~4 inches) in diameter, 900,000 objects between 1 cm to 10 cm (0.4 to 4 in), and 128 million objects between 1 mm to 1 cm.

Source: About 3% of Starlink satellites have failed so far