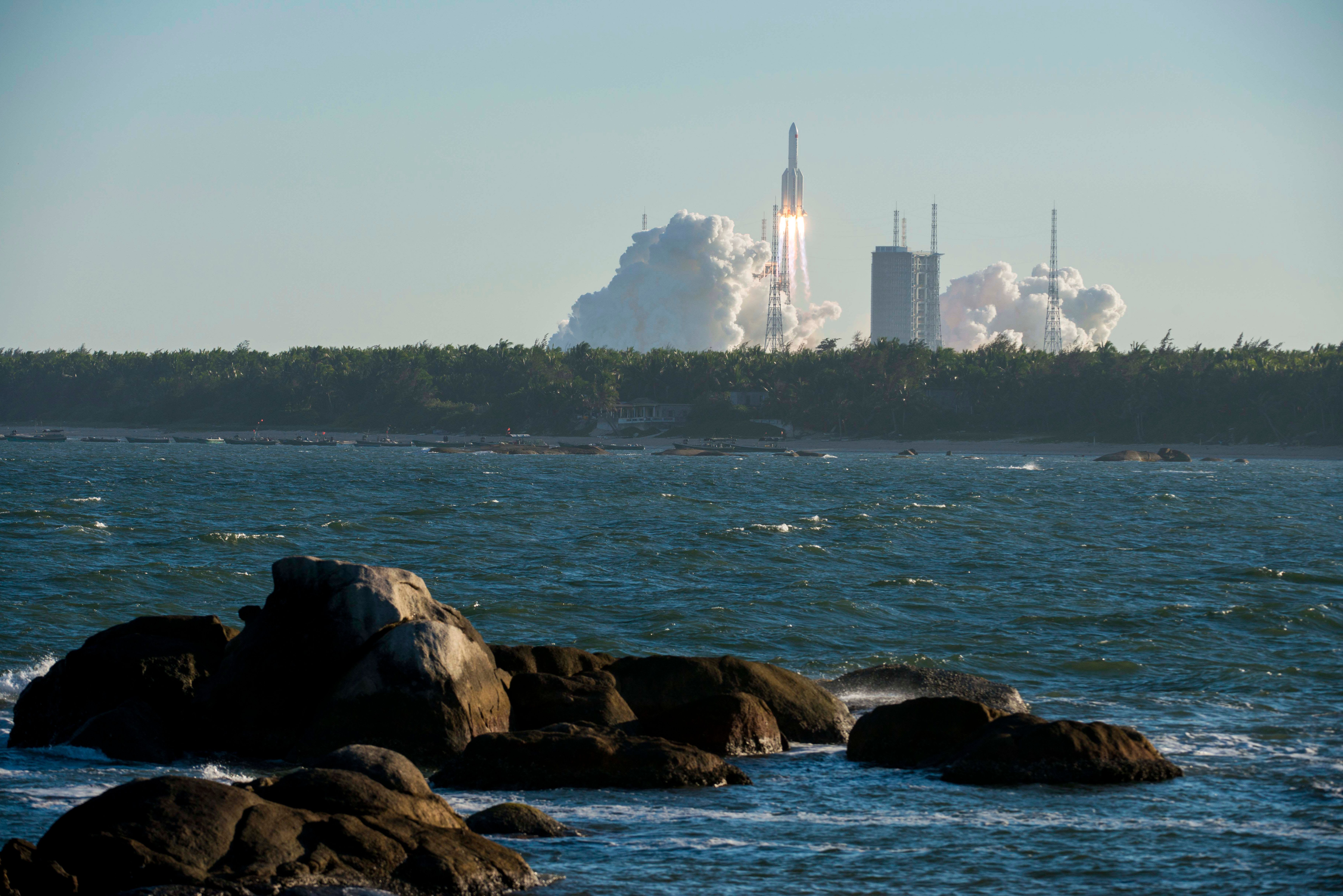 After it launched on Tuesday and nailed a series of maneuvers, China’s future crewed spacecraft has made a successful desert touchdown. Built by China’s main space contractor, the China Aerospace Science and Technology Corp. (CASC), the uncrewed prototype will ferry astronauts to China’s future space station and, eventually, the moon.

The crewed capsule (which doesn’t have a name yet), was lofted into an 5,000-mile-high orbit by China’s Long March 5B carrier rocket. During the mission, it underwent deep space trials similar to Orion’s 2014 mission, completing seven orbital adjustment maneuvers. Early this morning, the craft completed a deorbit burn, followed by separation of the crew and service modules. The three chutes deployed shortly after re-entry and it touched down in the Dongfeng desert area at 1:49 AM ET.

Designed to carry crews of up to six astronauts, the craft tested weighed 14 tons and is designed to be the primary transport to China’s future space station. CASC and the CNSA, China’s space agency, are also working on a 21.6-ton variant for deep space, designed to be used in future manned lunar missions. However, the CNSA has yet to nail down details for the larger craft and its moon missions are at least a decade away.

On top of doing orbital maneuvers, the prototype craft (with no life-support systems) conducted experiments on 3D printing of composite materials, high-definition image transmission and more. The mission was largely a success, apart from the malfunction of a cargo return capsule equipped with an inflatable heat shield.