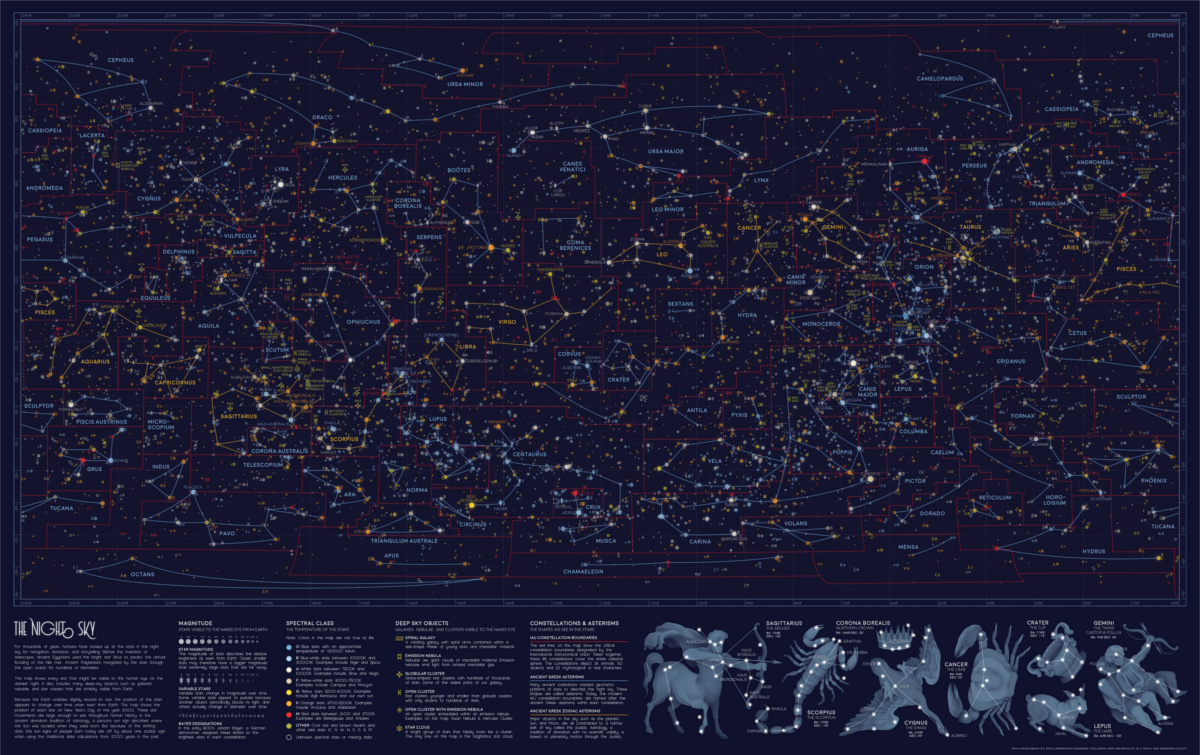 Stars have served as a basis for navigation for thousands of years. Polaris, also dubbed the North Star in the Ursa Minor constellation, is arguably one of the most influential, even though it sits 434 light years away.

n the star map above, the orange lines denote the twelve signs of the Zodiac, each found roughly along the same band from 10° to -30° longitude. These Zodiac alignments, along with planetary movements, form the basis of astrology, which has been practiced across cultures to predict significant events. While the scientific method has widely demonstrated that astrology doesn’t hold much validity, many people still believe in it today.

The red lines on the visualization signify the constellations officially recognized by the International Astronomical Union (IAU) in 1922. Its ancient Greek origins are recorded on the same map as the blue lines, from which the modern constellation boundaries are based. Here’s a deeper dive into all 88 IAU constellations:

Showing 1 to 8 of 88 entries
PreviousNext

We now know that the night sky isn’t as static as people used to believe. Although it’s Earth’s major pole star today, Polaris was in fact off-kilter by roughly 8° a few thousand years ago. Our ancestors saw the twin northern pole stars, Kochab and Pherkad, where Polaris is now.

This difference is due to the Earth’s natural axial tilt. Eight degrees may not seem like much, but because of this angle, the constellations we gaze at today are the same, yet completely different from the ones our ancestors looked up at.

If you liked exploring this star map, be sure to check out the geology of Mars from the same designer.

Source: Every Visible Star in the Night Sky, in One Giant Map