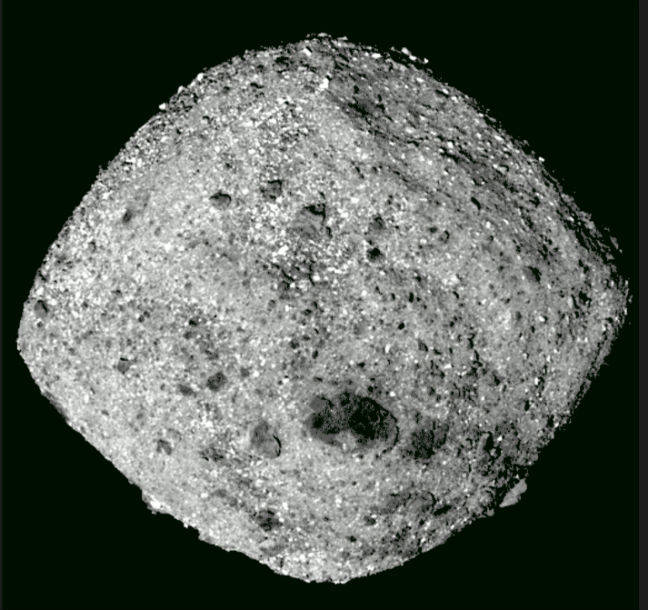 NASA’s mission to send a probe to an asteroid, dig up a chunk, and send the material back to Earth is now half-way complete. The agency says its OSIRIS-REx spacecraft has reached its hunk-of-rock target after a trip lasting two years and two billion miles.

The spacecraft, technically the Origins, Spectral Interpretation, Resource Identification, Security, Regolith Explorer (OSIRIS-REx) is orbiting the asteroid Bennu, a diamond-shaped chunk of space rock with a varying orbit that keeps it around 100 million miles (160 million kilometers) from Earth.

“Initial data from the approach phase show this object to have exceptional scientific value,” said Dante Lauretta, the mission’s principal investigator. “We can’t wait to get to work studying and characterizing Bennu’s rough and rugged surface to find out where the right spot is to collect the sample and bring it back to Earth.”

“Today has been very exciting, but the true nail-biting moment will be the sample collection. The best times are ahead of us, so stay tuned. The exploration of Bennu has just begun, and we have a lifetime of adventure ahead of us.”

Bennu is thought to be a lump of rock from the earliest days of the Solar System. After a couple of flybys, OSIRIS-REx will settle into a steady orbit a few miles above the surface. It will spend the next 505 days circling the asteroid and scanning it with cameras, LIDAR and spectrographs to try and find out as much information as possible about its composition.

The asteroid is of particular interest to NASA because it may contain water and clays from the protoplasmic disc that formed the Sun and the planets in our Solar System. So, once it has picked the likeliest spot and safest place to find some of these materials, the spacecraft will extend the Touch-And-Go Sample Acquisition Mechanism (TAGSAM) – a 3.35-meter (11 ft) robotic arm – and grab a handful of matter from the surface.

Once that’s done, and assuming OSIRIS-REx doesn’t hit the surface, the spacecraft will begin the long voyage back to Earth. It’s expected to arrive on September 2023 and the sealed sample contained will reenter the atmosphere using a heat shield and float back to scientists via parachute into the Utah desert.

Source: FYI: NASA has sent a snatch-and-grab spacecraft to an asteroid to seize some rock and send it back to Earth • The Register