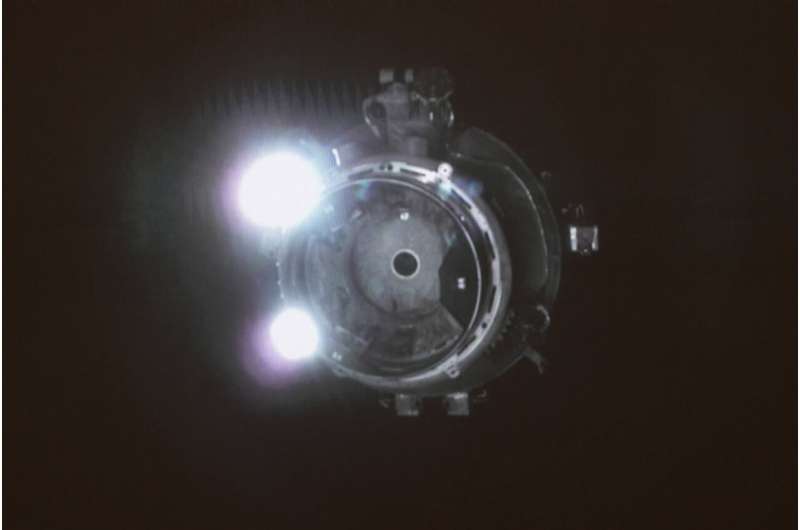 The astronauts, two men and a woman, were seen floating around the module before speaking via a live-streamed video.

The space travelers’ Shenzhou-13 spacecraft was launched by a Long March-2F rocket at 12:23 a.m. Saturday and docked with the Tianhe core module of the space station at 6:56 a.m.

They are the second crew to move into China’s Tiangong space station, which was launched last April. The first crew stayed three months.

The crew will do three spacewalks to install equipment in preparation for expanding the station, assess living conditions in the Tianhe module, and conduct experiments in space medicine and other fields.

China’s military-run space program plans to send multiple crews to the station over the next two years to make it fully functional.

When completed with the addition of two more sections—named Mengtian and Wentian—the station will weigh about 66 tons, much smaller than the International Space Station, which launched its first module in 1998 and weighs around 450 tons. 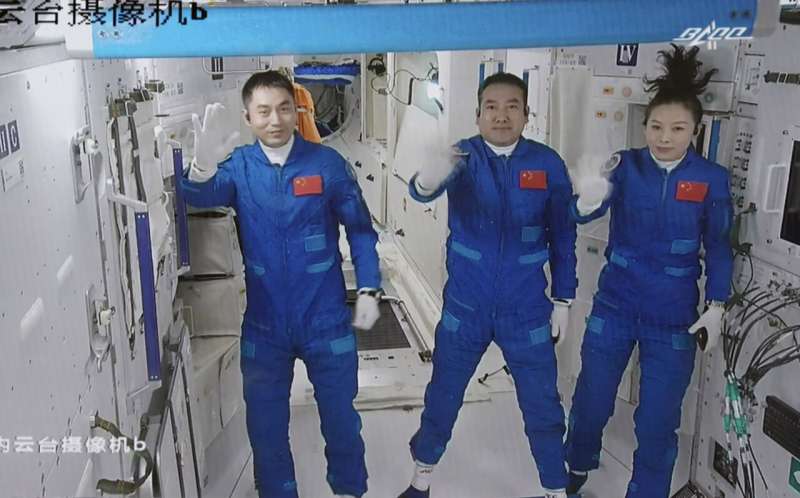