A small rocket from a little-known company lifted off Sunday from the east coast of New Zealand, carrying a clutch of tiny satellites. That modest event — the first commercial launch by a U.S.-New Zealand company known as Rocket Lab — could mark the beginning of a new era in the space business, where countless small rockets pop off from spaceports around the world. This miniaturization of rockets and spacecraft places outer space within reach of a broader swath of the economy.

The rocket, called the Electron, is a mere sliver compared to the giant rockets that Elon Musk, of SpaceX, and Jeffrey P. Bezos, of Blue Origin, envisage using to send people into the solar system. It is just 56 feet tall and can carry only 500 pounds into space.

But Rocket Lab is aiming for markets closer to home.

“We’re FedEx,” said Peter Beck, the New Zealand-born founder and chief executive of Rocket Lab. “We’re a little man that delivers a parcel to your door.”

Behind Rocket Lab, a host of start-up companies are also jockeying to provide transportation to space for a growing number of small satellites. The payloads include constellations of telecommunications satellites that would provide the world with ubiquitous internet access.

The payload of this mission, which Rocket Lab whimsically named “It’s Business Time,” offered a glimpse of this future: two ship-tracking satellites for Spire Global; a small climate- and environment-monitoring satellite for GeoOptics; a small probe built by high school students in Irvine, Calif., and a demonstration version of a drag sail that would pull defunct satellites out of orbit.

Space Angels, a space-business investment firm, is tracking 150 small launch companies. Chad Anderson, Space Angel’s chief executive, said that although the vast majority of these companies will fail, a small group possess the financing and engineering wherewithal to get off the ground.

Each company on Mr. Anderson’s list proffers its own twist in business plan or capability:

Business is getting smaller 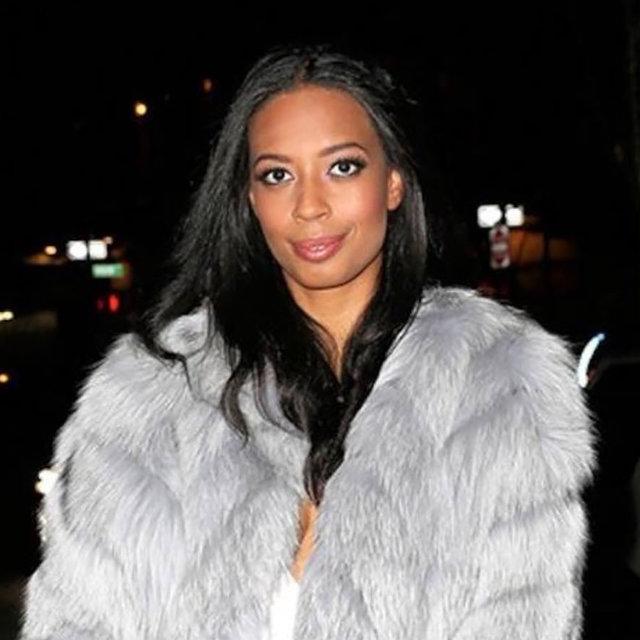 The Bright Future and Grim Death of a Privileged Hollywood Daughter 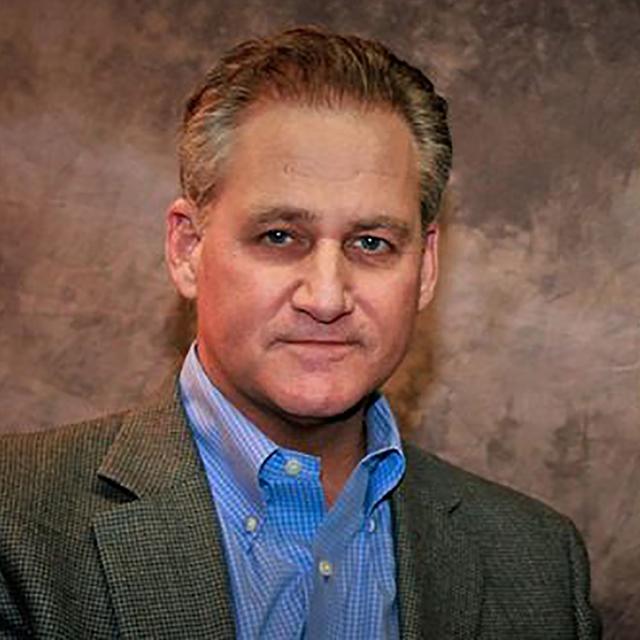 His Body Was Behind the Wheel for a Week Before It Was Discovered. This Was His Life.

What I Learned from Watching My iPad’s Slow Death

In the past, hulking telecommunications satellites hovered 22,000 miles above the Equator in what is known as a geosynchronous orbit, where a satellite continuously remains over the same spot on Earth. Because sending a satellite, there was so expensive, it made sense to pack as much as possible into each one.

Advances in technology and computer chips have enabled smaller satellites to perform the same tasks as their predecessors. And constellations of hundreds or thousands of small satellites, orbiting at lower altitudes that are easier to reach, can mimic the capabilities once possible only from a fixed geosynchronous position.

“It’s really a shift in the market,” Mr. Beck said. “What once took the size of a car is now the size of a microwave oven, and with exactly the same kind of capabilities.”

Some companies already have launched swarms of satellites to make observations of Earth. Next up are the promised space-based internet systems such as OneWeb and SpaceX’s Starlink.

Until now, such small spacecraft typically hitched a rocket ride alongside a larger satellite. That trip is cheaper but inconvenient, because the schedule is set by the main customer. If the big satellite is delayed, the smaller ones stay on the ground, too. “You just can’t go to business like that,” Mr. Beck said.

The Electron, Mr. Beck said, is capable of lifting more than 60 percent of the spacecraft that headed to orbit last year. By contrast, space analysts wonder how much of a market exists for a behemoth like SpaceX’s Falcon Heavy, which had its first spectacular launch in February.

A Falcon Heavy can lift a payload 300 times heavier than a Rocket Lab Electron, but it costs $90 million compared to the Electron’s $5 million. Whereas SpaceX’s standard Falcon 9 rocket has no shortage of customers, the Heavy has only announced a half-dozen customers for the years to come.

We’ll bring you stories that capture the wonders of the human body, nature and the cosmos.

The United States military — a primary customer for large launch vehicles — is also rethinking its spy satellites. The system would be more resilient, some analysts think, if its capabilities were spread among many, smaller satellites. Smaller satellites would be easier and quicker to replace, and an enemy would have a harder time destroying all of them.

Pit stops in the space race

SpaceX could have cornered this market a decade ago.

Its first rocket, the Falcon 1, was designed to lift about 1,500 pounds. But after just two successful launches, SpaceX abandoned it, focusing on the much larger Falcon 9 to serve NASA’s needs to carry cargo and, eventually, astronauts to the International Space Station.

Jim Cantrell, one of the first employees of SpaceX, did not understand that decision and left the company. In 2015, he started Vector Launch, Inc., with headquarters in Tucson. Its goal is to make the Model T of rockets — small, cheap, mass-produced.

Vector claims that it can send its rockets into orbit from almost any place it can set up its mobile launch platform, which is basically a heavily modified trailer. That trailer was inspired by Mr. Cantrell’s hobby, auto racing, and many of the companies’ employees come from the racing world, too.

The company is still aiming to meet its goal of getting the first of its Vector-R rockets to orbit this year, but Mr. Cantrell admitted that the schedule might slip again, into early 2019. The flight termination system — the piece of hardware that disables the rocket if anything goes wrong — is late in arriving.

“There are a lot of little things,” Mr. Cantrell said. “It drives you crazy.”

A prototype was planned for suborbital launch from Mojave, Calif., in September, but it encountered a glitch and the test was called off. The crew put the rocket in a racecar trailer and drove it to Vector’s testing site at Pinal Airpark, a small airport a half-hour outside of Tucson that is surrounded 350 acres of shrubby desert.

Vector built test stands for firings of individual engines as well as completed rocket stages. During a recent visit to the site, engineers were troubleshooting the launch problems of both the prototype rocket and a developmental version of its upper-stage engine.

Soon the team will head to the Pacific Spaceport Complex, on Alaska’s Kodiak Island, for its first orbital launch. Next year, Mr. Cantrell said, the company hopes to put a dozen rockets into space.

Within a few years, he added, it could be launching 100 times a year, not just from Kodiak but also from Vandenberg Air Force Base in California and Wallops Island in Virginia, where Rocket Lab agreed in October to build its second launch complex. Vector is also looking for additional launch sites, including one by the Sea of Cortez in Mexico.

Tom Markusic, another veteran of SpaceX’s early days, also sees an opportunity to help smaller satellites get to space.

“I didn’t feel there was a properly sized launch company to address that market,” he said.

Mr. Markusic said that the need for stronger antennas and cameras would ultimately prompt the construction of slightly bigger small satellites, and that it would be beneficial to be able to launch several at a time.

He started Firefly in 2014, aiming to build Alpha, a rocket that would lift a 900-pound payload to orbit.

The company grew to 150 employees and won a NASA contract. But in the uncertainty surrounding Britain’s exit from the European Union, a European investor backed out. An American investor also became skittish, Mr. Markusic said, after a SpaceX rocket exploded on the launchpad in 2016. Firefly shut down, and the employees lost their jobs.

At an auction, a Ukraine-born entrepreneur, Max Polyakov, one of Firefly’s investors, resurrected the company. Mr. Markusic took the opportunity to rethink the Alpha rocket, which is now able to launch more than 2,000 pounds.

“Alpha is basically Falcon 1 with some better technology,” he said.

Mr. Markusic said his competition was not the smaller rockets of Rocket Lab, Vector or Virgin Orbit but foreign competitors such as a government-subsidized rocket from India and commercial endeavors in China. But he complimented Rocket Lab.

“They’re ahead of everyone else,” he said. “I think they deserve a lot of credit.”

Firefly plans to launch its first Alpha rocket in December of 2019.

Riding the bus to orbit

Not everyone is convinced that the market for small satellites will be as robust as predicted.

“That equation has weaknesses at every step,” said Carissa Christensen, founder and chief executive of Bryce Space and Technology, an aerospace consulting firm.

Three-quarters of venture capital-financed companies fail, she said, and the same will likely happen to the companies aiming to put up the small satellites. She also is skeptical that space-based internet will win against ground-based alternatives.

That means that the market for small rockets could implode for lack of business. She said a key to survival would be to tap into the needs of the United States government, especially the military. Virgin Orbit, Vector and Rocket Lab were the current front-runners, she said.

The small rocket companies also have to compete with Spaceflight Industries, a Seattle company that resells empty space on larger rockets that is not taken up by the main payload. In addition, Spaceflight is looking to purchasing entire rockets launched by other companies, including Rocket Lab, and selling the payload space to a range of companies heading to a similar orbit.

The first such flight, using a SpaceX Falcon 9, is to launch from Vandenberg Air Force Base this month carrying 70 satellites, in what the company compares to a bus ride into orbit.

Curt Blake, president of Spaceflight, said that both approaches can work. Buses are cheaper but less convenient, and sometimes the timely lift from a taxi is worth the added cost.

Mr. Anderson of Space Angels was also optimistic. “The difference today is how robust the sector is,” he said. “The sector today can handle failures.”

While the sector is getting off the ground, Rocket Lab doesn’t intend to waste any more time: it is hoping to quickly follow “It’s Business Time” with a second commercial launch next month, and then a third the month after that.