“Comet Neowise has been the brightest and most visible space snowball in a generation, but it’s also the first naked-eye comet to visit us in the new era of satellite mega-constellations like SpaceX’s Starlink,” writes CNET. 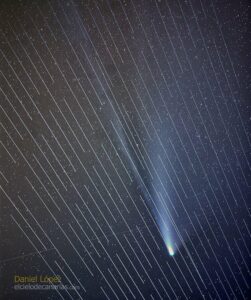 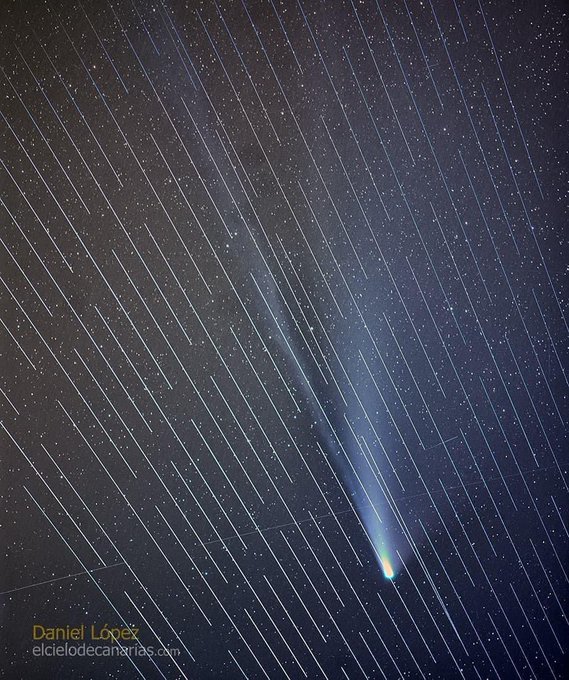 “In just the latest episode of Starlink ‘trains’ irritating astronomers, a number of images have been circulating of the satellites photo-bombing Comet Neowise glamour shots…”

Live Science explains: Visible just above the horizon right now, the comet appears faint and small to the naked eye, but can be seen clearly through cameras with long, telephoto lenses. Usually, when photographers capture objects like this in the night sky they use long exposure times, leaving the camera aperture open to collect light over the course of several seconds. But now comet-chasers report that a new fleet of SpaceX’s Starlink satellites is leaving bright smears across their NEOWISE snaps, as the shiny orbiters streak through their frames during long exposures.