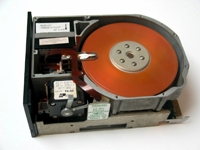 Seagate is celebrating the shipment of its one billionth disk drive after 29 years in biz. The storage giant reckons it will reach its second billion in less than five-years’ time.

Seagate said it’s shipped the equivalent of 79 million terabytes of storage since the company made its first hard drive in 1979.

The company figures its next 1,000,000,000 drives will go down easier based on the ever-increasing demand for storage. Gartner Group last year estimated more than 500 million drives were shipped worldwide, compared to about 30 million in 1990.

Seagate claimed that by the time its closest rival, Western Digital, reaches a billion drives shipped, Seagate will already be close to shipping its second billion. ®