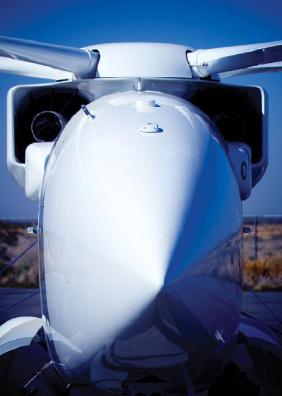 US aerospace colossus Boeing has revealed plans for its unmanned whisper-mode stealth helicopter, the A160T, to return to flight following a recent crash. The revolutionary, groundbreaking aircraft (cough) pranged itself during test flights last year, but Boeing believes that the software problems leading to the crash have been rectified.
The A160T robot whisper-copter

Marketing have had a word about the colour, apparently.

In other programme developments, the company announced that the A160T – intended for service with a variety of secretive US government organisations – would soon adopt a new colour scheme. Thus far, the stealthy crewless superchopper has been available only in white, which would clearly limit sales among the traditionally sombrely-clad operatives of the clandestine services. In a doubtless marketing-driven move, Boeing have now announced that the A160T will soon be available in black.