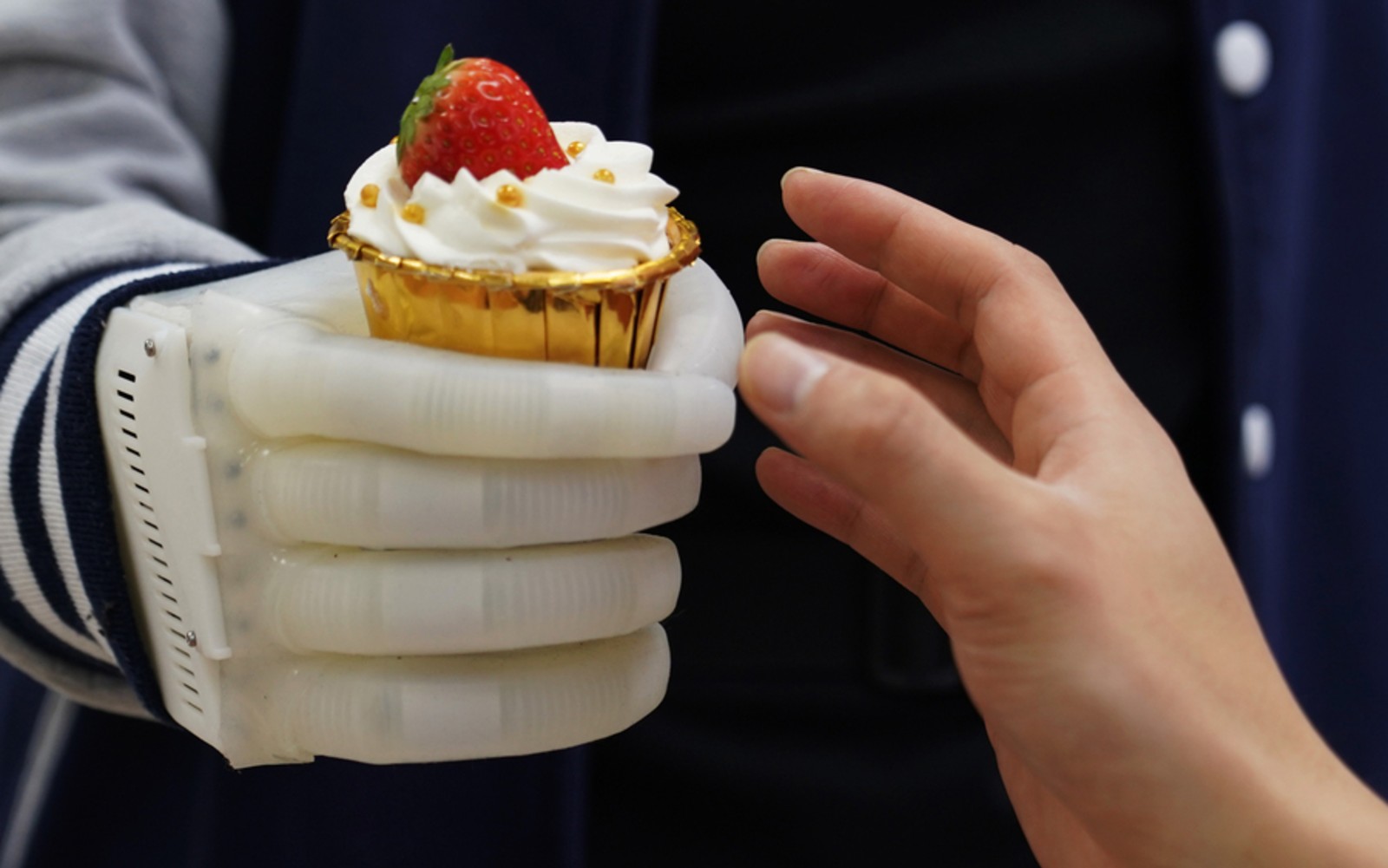 In a joint project with Shanghai Jiao Tong University, the school designed a neuroprosthetic that costs about $500 in components. It’s an inflatable hand made from an elastomer called EcoFlex and looks a bit like Baymax from Big Hero 6.

The device foregoes electric motors in favor of a pneumatic system that inflates and bends its balloon-like digits. The hand can assume various grasps that allow an amputee to subsequently do things like pet a cat, pour a carton of milk or even pick up a cupcake. The device translates how its wearer wants to use it through a software program that “decodes” the EMG signals the brain sends to an injured limb.

The prosthetic weighs about half a pound and can even restore some sense of feeling for its user. It does this with a series of pressure sensors. When the wearer touches or squeezes an object, they send an electric signal to a specific position on their amputated arm. Another advantage of the arm is it doesn’t take long to learn how to use it. After about 15 minutes, two volunteers found they could write with a pen and stack checkers.

“This is not a product yet, but the performance is already similar or superior to existing neuroprosthetics, which we’re excited about,” said Professor Xuanhe Zhao, one of the engineers who worked on the project. “There’s huge potential to make this soft prosthetic very low cost, for low-income families who have suffered from amputation.”