Intellifusion, a Shenzhen-based AI firm that provides technology to the city’s police to display the faces of jaywalkers on large LED screens at intersections, is now talking with local mobile phone carriers and social media platforms such as WeChat and Sina Weibo to develop a system where offenders will receive personal text messages as soon as they violate the rules, according to Wang Jun, the company’s director of marketing solutions. 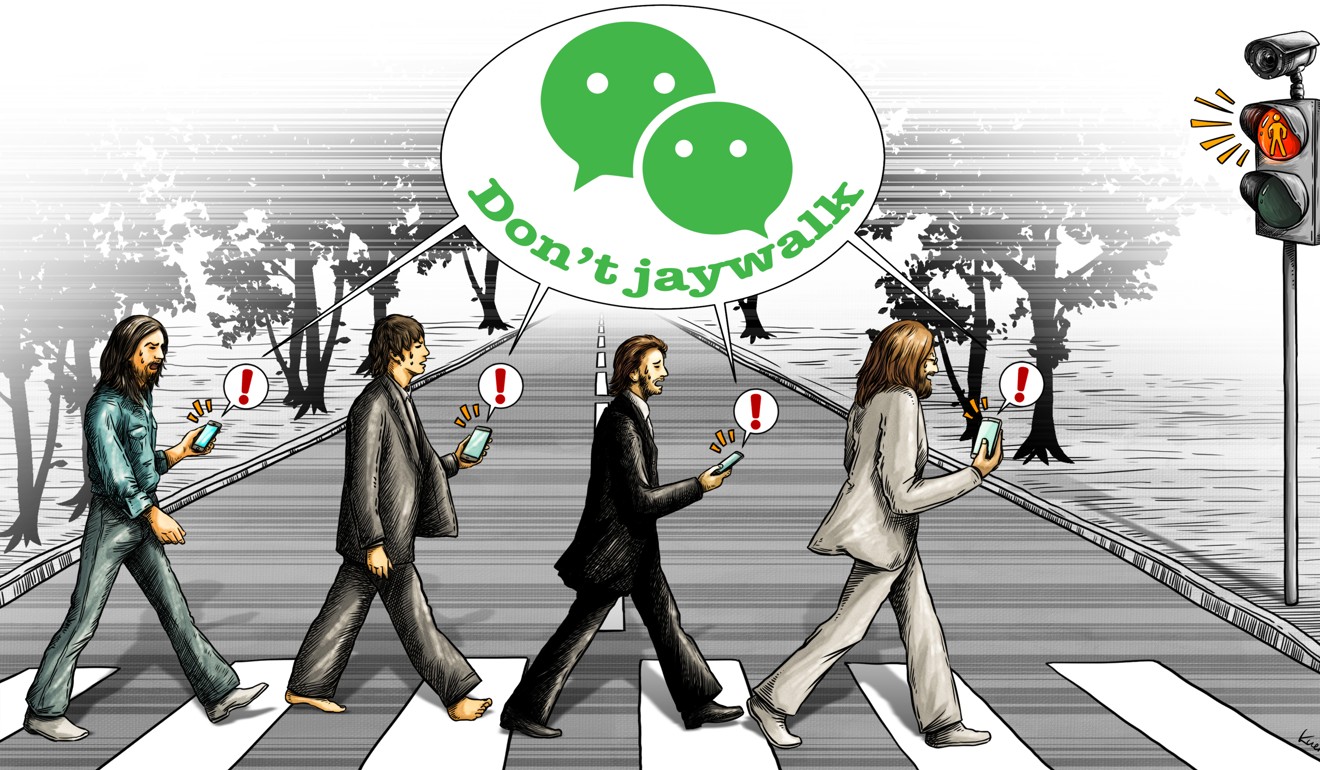 “Jaywalking has always been an issue in China and can hardly be resolved just by imposing fines or taking photos of the offenders. But a combination of technology and psychology … can greatly reduce instances of jaywalking and will prevent repeat offences,” Wang said.

For the current system installed in Shenzhen, Intellifusion installed cameras with 7 million pixels of resolution to capture photos of pedestrians crossing the road against traffic lights. Facial recognition technology identifies the individual from a database and displays a photo of the jaywalking offence, the family name of the offender and part of their government identification number on large LED screens above the pavement.

In the 10 months to February this year, as many as 13,930 jaywalking offenders were recorded and displayed on the LED screen at one busy intersection in Futian district, the Shenzhen traffic police announced last month. 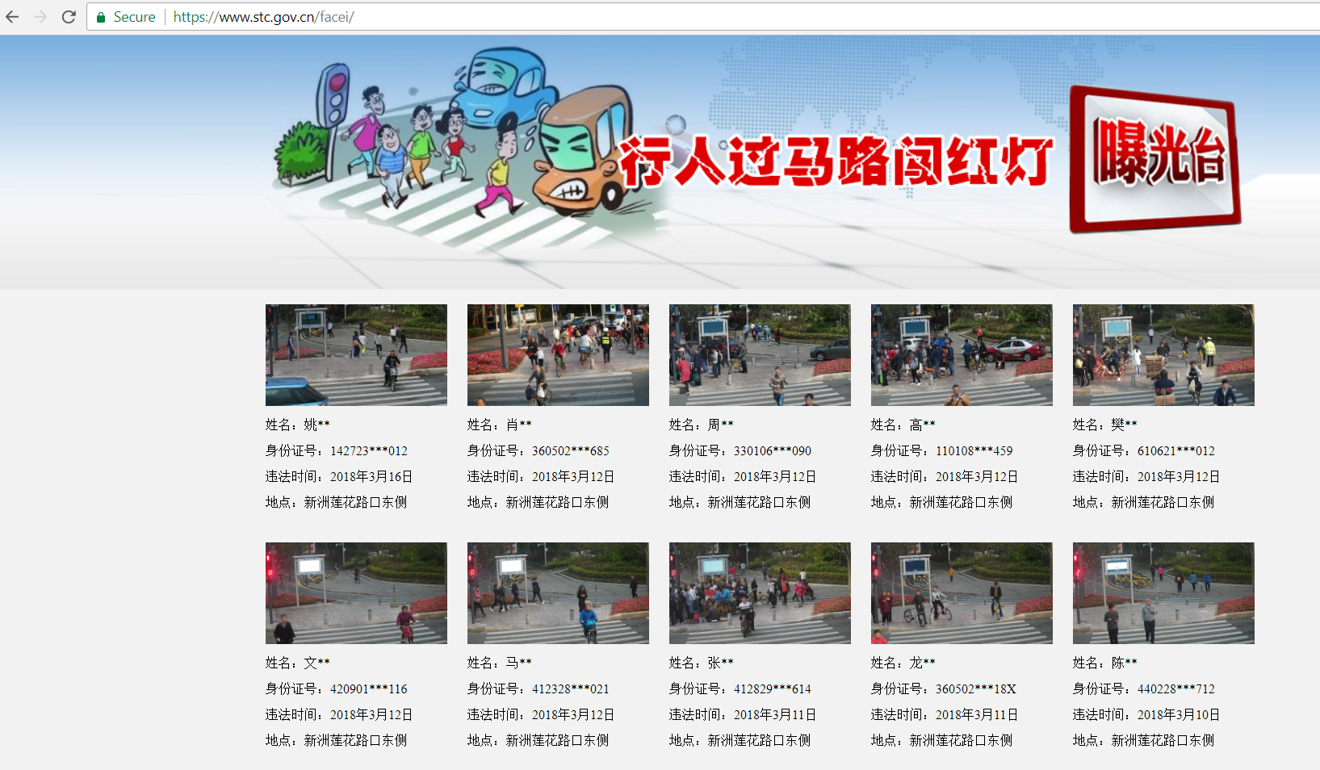 Taking it a step further, in March the traffic police launched a webpage which displays photos, names and partial ID numbers of jaywalkers.

These measures have effectively reduced the number of repeat offenders, according to Wang.

Wow, that’s a scary way to scan your entire population