Observant Firefox users on Windows who have updated the web browser to Firefox 75 may have noticed that the upgrade brought along with it a new scheduled tasks. The scheduled task is also added if Firefox 75 is installed on a Windows device.

The task’s name is Firefox Default Browser Agent and it is set to run once per day. Mozilla published a blog post on the official blog of the organization that provides information on the task and why it has been created. 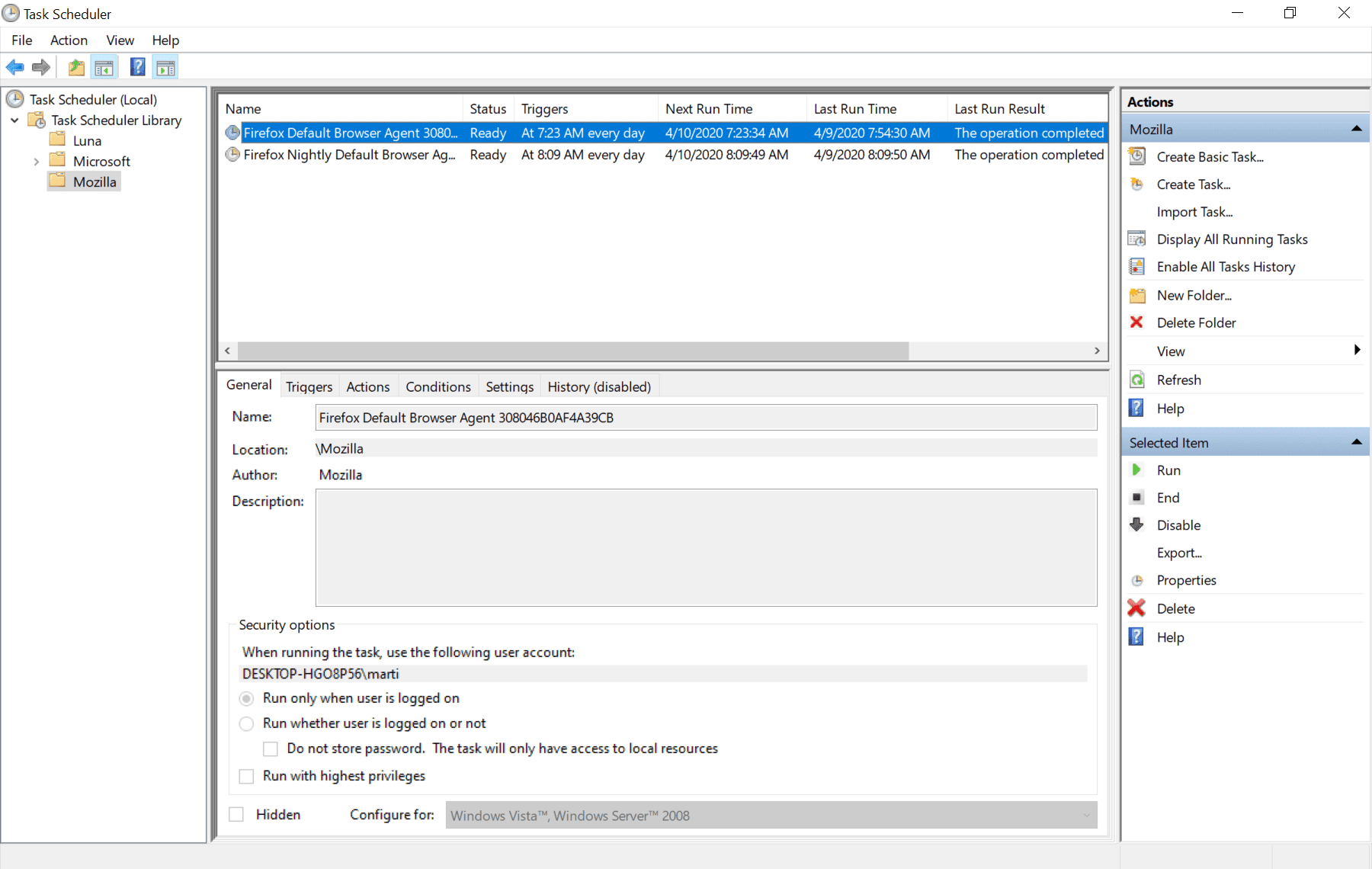 According to Mozilla, the task has been created to help the organization “understand changes in default browser settings”. At its core, it is a Telemetry task that collects information and sends the data to Mozilla.

Here are the details:

Mozilla added the file default-browser-agent.exe to the Firefox installation folder on Windows which defaults to C:\Program Files\Mozilla Firefox\.

Firefox users have the following options if they don’t want the data sent to Mozilla:

Here is how you disable the task:

The task won’t be executed anymore once it is disabled.

The new Telemetry task is only introduced on Windows and runs only if Telemetry is enabled (which it is by default [NOTE: Is it? I don’t think so! It asks at install!]). Mozilla is transparent about the introduction and while that is good, I’d preferred if the company would have informed users about it in the browser after the upgrade to Firefox 75 or installation of the browser and before the task is executed the first time.

Go  to about:telemetry in Firefox to see what it’s collecting. In my case this was none, because when FF was installed it asked me whether I wanted it on or off and I said off.