Last week, the code repository GitHub was taken off air in a 1.3Tbps denial of service attack. We predicted then that there would be more such attacks and it seems we were right.

Arbor Networks is now reporting that a US service provider suffered a 1.7Tbps attack earlier this month. In this case, there were no outages as the provider had taken adequate safeguards, but it’s clear that the memcached attack is going to be a feature network managers are going to have to take seriously in the future. 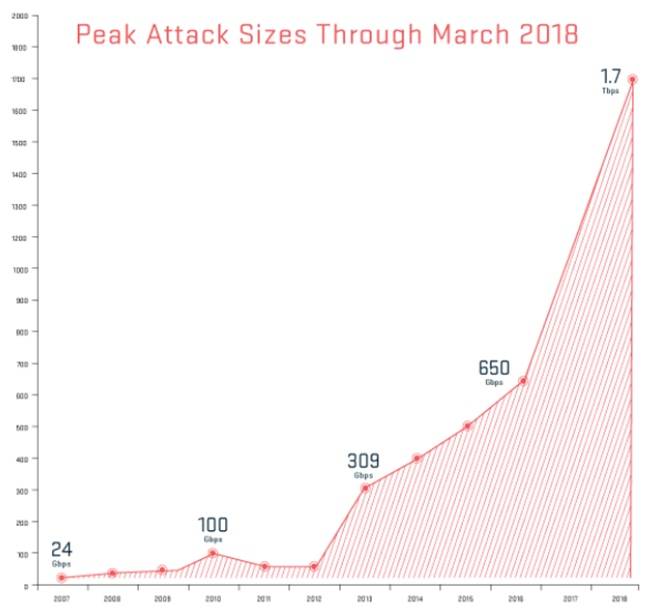 The attacks use shoddily secured memcached database servers to amplify attacks against a target. The assailant spoofs the UDP address of its victim and pings a small data packet at a memcached server that doesn’t have an authenticated traffic requirement in place. The server responds by firing back as much as 50,000 times the data it received.

With multiple data packets sent out a second, the memcached server unwittingly amplifies the deluge of data that can be sent against the target. Without proper filtering and network management, the tsunami of data can be enough to knock some providers offline.

There are some simple mitigation techniques, notably blocking off UDP traffic from Port 11211, which is the default avenue for traffic from memcached servers. In addition, the operators of memcached servers need to lock down their systems to avoid taking part in such denial of service attacks.