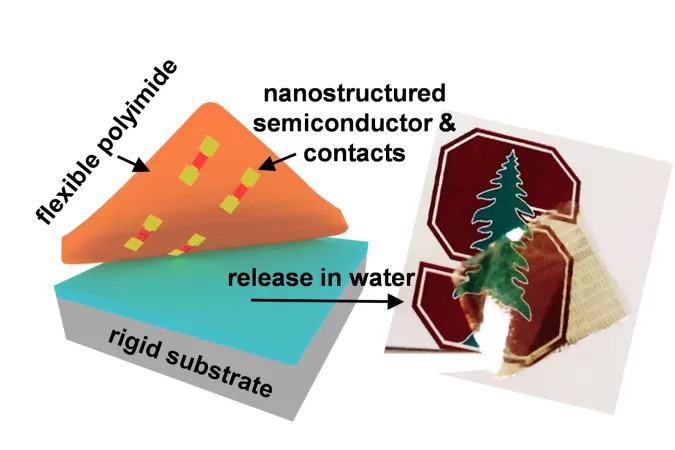 Stanford researchers have developed a new technique that produces “atomically-thin” transistors under 100 nanometers long. That’s “several times” shorter than the previous best, according to the university.

The team accomplished the feat by overcoming a longstanding hurdle in flexible tech. While ‘2D’ semiconductors are the ideal, they require so much heat to make that they’d melt the flexible plastic. The new approach covers glass-coated silicon with a super-thin semiconductor film (molybdenum disulfide) overlayed with nano-patterened gold electrodes. This produces a film just three atoms thick using a temperature nearing 1,500F — the conventional plastic substrate would have deformed around 680F.

Once the components have cooled, the team can apply the film to the substrate and take a few “additional fabrication steps” to create a whole structure about five microns thick, or a tenth the thickness of human hair. It’s even ideal for low-power use, as it can handle high currents at low voltage.