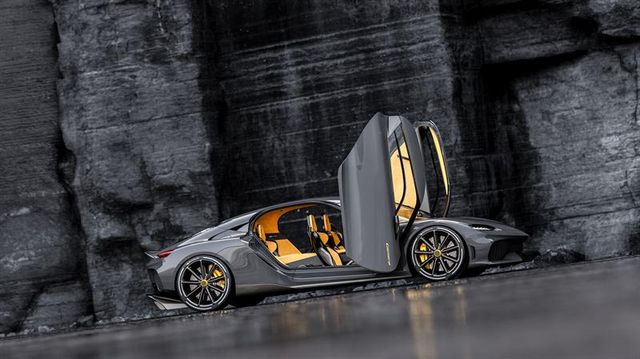 If we take a pure electric sports car, they tend to be quite heavy because you need a quite large battery to have enough range and performance. That goes against the sporty nature of the car.

We electrify in a different way with more extreme cell technology for power output. And then we have extreme combustion-engine technology running on renewable fuels, but very good aftertreatment systems, and our free-valve technology where we can really make sure we combust extremely efficiently with very small engines to make the car lighter, more exciting, have better performance, but still being environmentally benign.

What we mean by agnostic is that we mix and match whatever makes the most sense at each given time and for each model. We’re not stuck in traditional combustion technology. The technology we develop there is really next-generation beyond anything else I’ve seen out in the marketplace, and also next-generation electrification, and combining these technologies in an interesting way to make our product stand out and be as competitive as we can with as little environmental footprint as possible.

You don’t have to pollute the planet just because you want to have a fast, interesting sports car.

there is this technology from Iceland, it was invented there, where they cap the CO2 emittance from semi-active volcanoes and convert that into methanol. And if you take that methanol and you power the plants that do the conversion of other fuels and then power the ship that transports the those fuels to Europe or the U.S. or Asia, wherever it goes, you put the fuel completely CO2-neutral into the vehicle.

And of course with the correct aftertreatment systems, depending on the environment you’re in, you can kind of clean up the particles in the atmosphere while you’re using the engine. So you can be very much environmentally conscious doing that. It’s just a fun aspect of renewable fuels that are not talked so much about, but there are many, many other technologies that are coming up.