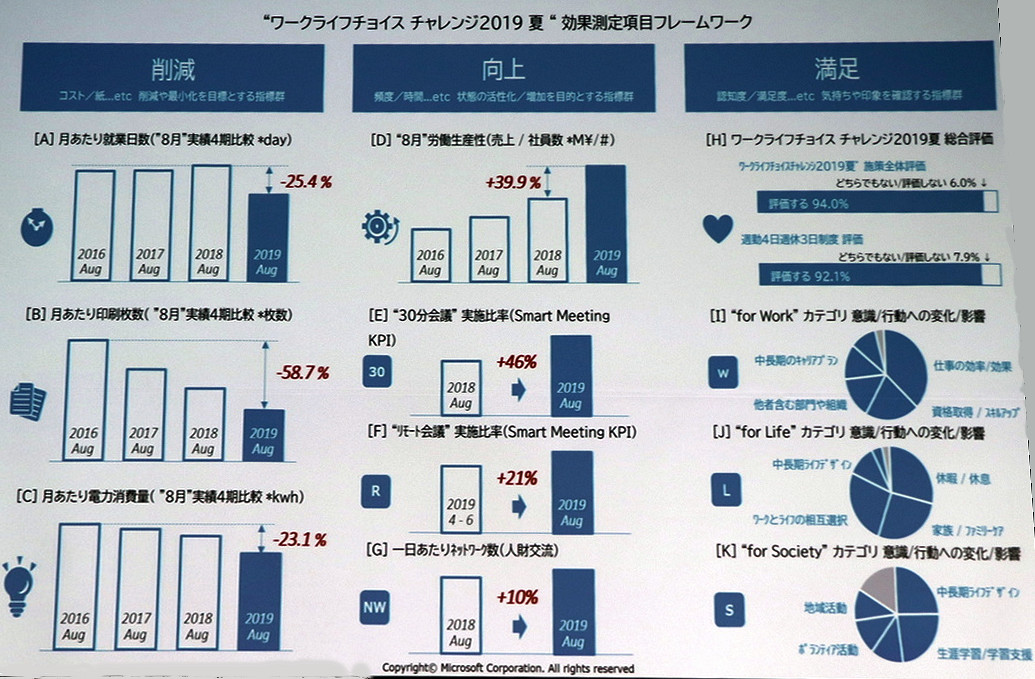 a recent experiment by Microsoft Japan suggests with a 4-day workweek we may be more productive if we work less.

In particular, it shows that a shorter workweek can actually impact productivity positively.

In August this year, Microsoft Japan ran an experiment where for one month they had a 3 day weekend, taken Friday off. This was paid leave and did not impact the worker’s usual vacation allocation.

Some results were predictable.

Workers were happier and took  25.4 percent fewer days off during the month.

There were also savings from spending less time at work.  23.1 percent less electricity was used and 58.7 percent fewer pages were printed.

More importantly from a bottom-line standpoint, however, productivity went up 39.9%, as fewer and shorter meetings were held, often virtually rather than in person.

In the end, the project had 92.1 percent employee approval, suggesting workers were happy with getting more done in less time.

The trial involved 2,300 employees, and Microsoft is looking to repeat it next summer.