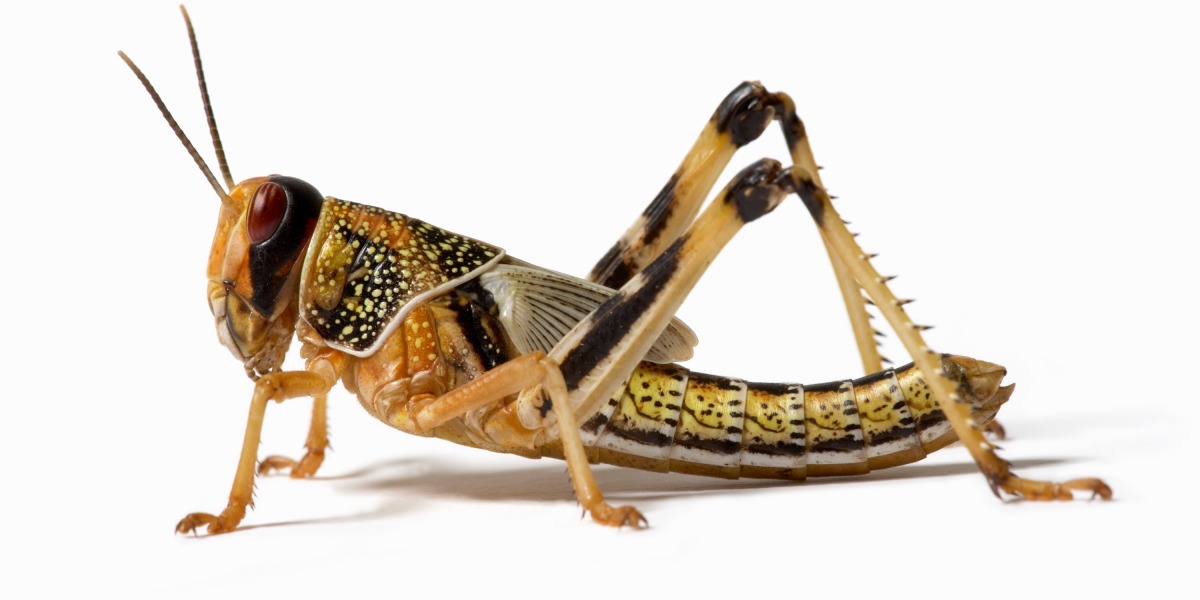 Cyborg locust brains can help spot the telltale signs of human cancer in the lab, a new study has shown. The team behind the work hopes it could one day lead to an insect-based breath test that could be used in cancer screening, or inspire an artificial version that works in much the same way.

Other animals have been taught to spot signs that humans are sick. For example, dogs can be trained to detect when their owners’ blood sugar levels start to drop, or if they develop cancer, tuberculosis, or even covid.

In all cases, the animals are thought to be sensing chemicals that people emit through body odor or breath. The mix of chemicals can vary depending on a person’s metabolism, which is thought to change when we get sick. But dogs are expensive to train and look after. And making a device that mimics a dog’s nose has proved extremely difficult to do, says Debajit Saha, one of the scientists behind the latest work, which has not yet been peer-reviewed.

“These changes are almost in parts per trillion,” says Saha, a neural engineer at Michigan State University. This makes them hard to pick up even with state-of-the-art technologies, he adds. But animals have evolved to interpret such subtle changes in scents. So he and his colleagues decided to “hijack” an animal brain instead.

The researchers chose to work with locusts because these insects have been well studied in recent years. In a preliminary setup, they surgically exposed the brain of a living locust. Saha and his colleagues then inserted electrodes into lobes of the brain that receive signals from the insects’ antennae, which they use to sense odors.

The team also grew three different types of human oral cancer cells, as well as human mouth cells that were cancer-free. They used a device to capture gas emitted by each of the cell types, and delivered each of these to the locusts’ antennae.

The locusts’ brains responded to each of the cell types differently. The patterns of electrical activity recorded were so distinct that when the team puffed the gas from one cell type onto the antennae, they could correctly identify whether the cells were cancerous from the recording alone.

It is the first time a living insect brain has been tested as a tool to detect cancer, says Saha.

Natalie Plank, who is developing nanomaterial-based health sensors at Victoria University of Wellington in New Zealand, thinks the work is “super cool.” “The potential of just being able to breathe on something and then know if you’re at risk for cancer … is really powerful,” she says.

In the experiment, the team took brain recordings from multiple locusts and combined their responses. It currently takes recordings from 40 neurons to get a clear signal, which means the system requires between six and 10 locust brains. But Saha hopes to use electrodes that can record from more neurons, which would allow him to get recordings from the brain of a single locust. He also hopes to be able to use the brain and antennae in a portable device, which could then be tested on real people.

Saha says that locusts do not feel pain, so they don’t need anesthesia. But some research suggests that insects can sense and avoid things we might consider “painful” and might develop lasting sensitivity after an injury, similar to chronic pain. “The insect is dead in terms of its body function,” says Saha. “We are just keeping its brain alive.”

If the team can figure out which receptors on the insects’ antennae are the most important for detecting cancer, they might be able to create versions in the lab and use those instead, says Plank. In her own research, she uses lab-made proteins that mimic receptors in fruit flies. “Long term, there are different ways it might play out to become a mass screening technique,” she says.

Source: A locust’s brain has been hacked to sniff out human cancer | MIT Technology Review