In a world first, researchers from the University of Ottawa in collaboration with Israeli scientists have been able to create optical framed knots in the laboratory that could potentially be applied in modern technologies. Their work opens the door to new methods of distributing secret cryptographic keys—used to encrypt and decrypt data, ensure secure communication and protect private information. The group recently published their findings in Nature Communications.

“This is fundamentally important, in particular from a topology-focused perspective, since framed knots provide a platform for topological quantum computations,” explained senior author, Professor Ebrahim Karimi, Canada Research Chair in Structured Light at the University of Ottawa.

“In addition, we used these non-trivial optical structures as information carriers and developed a security protocol for classical communication where information is encoded within these framed knots.”

The researchers suggest a simple do-it-yourself lesson to help us better understand framed knots, those three-dimensional objects that can also be described as a surface.

“Take a narrow strip of a paper and try to make a knot,” said first author Hugo Larocque, uOttawa alumnus and current Ph.D. student at MIT.

“The resulting object is referred to as a framed knot and has very interesting and important mathematical features.”

The group tried to achieve the same result but within an optical beam, which presents a higher level of difficulty. After a few tries (and knots that looked more like knotted strings), the group came up with what they were looking for: a knotted ribbon structure that is quintessential to framed knots. 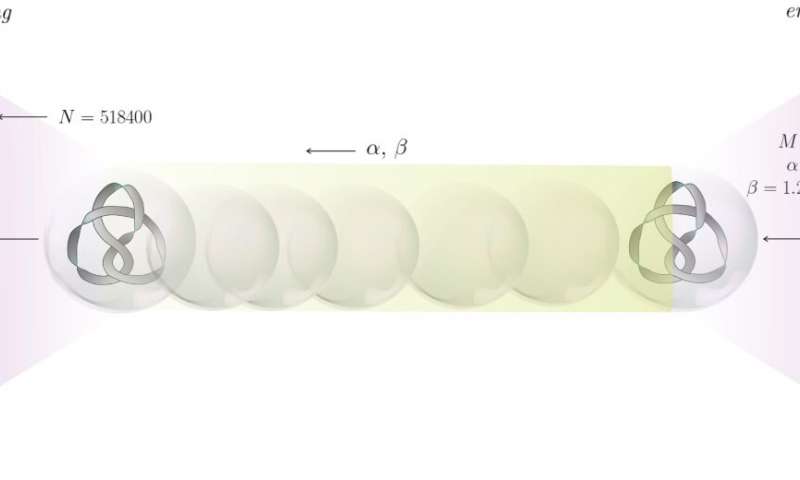 “In order to add this ribbon, our group relied on beam-shaping techniques manipulating the vectorial nature of light,” explained Hugo Larocque. “By modifying the oscillation direction of the light field along an “unframed” optical knot, we were able to assign a frame to the latter by “gluing” together the lines traced out by these oscillating fields.”

According to the researchers, structured light beams are being widely exploited for encoding and distributing information.

“So far, these applications have been limited to physical quantities which can be recognized by observing the beam at a given position,” said uOttawa Postdoctoral Fellow and co-author of this study, Dr. Alessio D’Errico.

“Our work shows that the number of twists in the ribbon orientation in conjunction with prime number factorization can be used to extract a so-called “braid representation” of the knot.”

“The structural features of these objects can be used to specify quantum information processing programs,” added Hugo Larocque. “In a situation where this program would want to be kept secret while disseminating it between various parties, one would need a means of encrypting this “braid” and later deciphering it. Our work addresses this issue by proposing to use our optical framed knot as an encryption object for these programs which can later be recovered by the braid extraction method that we also introduced.”

“For the first time, these complicated 3-D structures have been exploited to develop new methods for the distribution of secret cryptographic keys. Moreover, there is a wide and strong interest in exploiting topological concepts in quantum computation, communication and dissipation-free electronics. Knots are described by specific topological properties too, which were not considered so far for cryptographic protocols.” 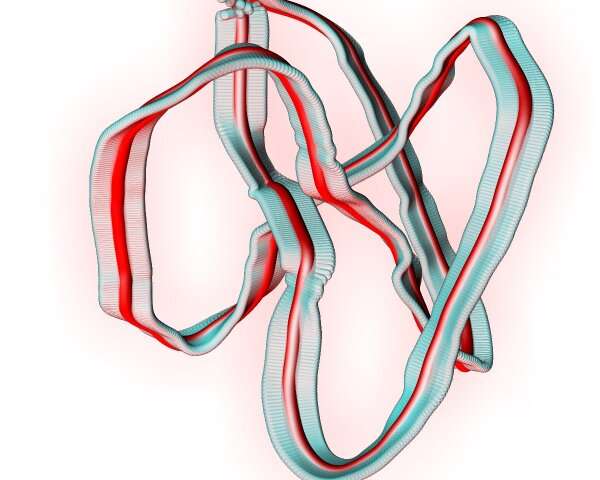 Rendition of the reconstructed structure of a framed trefoil knot generated within an optical beam. Credit: University